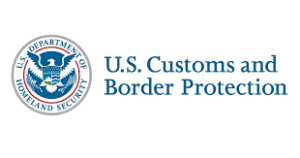 Campaign For Uyghurs (CFU) is grateful for this latest sweeping action on the part of the United States to take a stand against the genocide and forced labor of the Uyghur people. In the midst of a chaotic week, this offers a bright spot of hope that justice for the Chinese regime’s crimes will be had.

As the Chinese regime consistently brushes off criticism of its genocidal crimes by advising other countries not to “interfere” in China’s “internal affairs” it remains a point of pride that the United States has addressed what is certainly an internal affair for the United States: our own consumption of products produced by slavery.

As the United Kingdom moves to strengthen the Modern Slavery Act in response to China’s barbaric enslavement of the Uyghurs, and as Canada has issued a trade advisory likewise offered some grounds to work with, and as Australian Parliament will soon consider a customs amendment, this region-wide ban offers an important precedent not only for addressing U.S. complicity but for the international community as a whole.

In response to press inquiry on the news, Acting Department of Homeland Security Deputy Secretary Kenneth Cuccinelli stated that “Forced labor is a form of modern slavery” and that “Made in China doesn’t just indicate the country of origin–it’s a warning label.”

CFU’s Executive Director Rushan Abbas stated in response that “This latest news follows several significant actions by Customs and Border Patrol, and the Treasury Department, to address the ways in which Uyghur slavery has tainted our U.S. supply chains while the EU is undermining human dignity and moving forward to pursue business as usual with a genocidal regime. I hope to see more widespread regional bans and restrictions on Chinese goods to follow.”

As Uyghur slaves are transported to factories and facilities around China proper, it remains clear that regional bans are not sufficient to address the magnitude of the crimes against humanity being carried out by the Chinese regime. Campaign For Uyghurs will continue to push for the Chinese authorities to face further consequences for the evil they have inflicted on humanity.

For more on this topic: