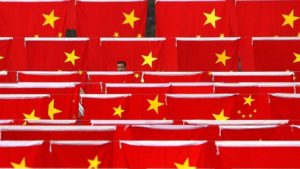 “It has become a crime to be Uighur in China.” Jewher Ilham, a Uyghur activist from China, made this disturbing assertion this week at a religious freedom event on the sidelines of the annual United Nations General Assembly meeting, the first such event ever hosted by an American president. “We are witnessing,” as Ilham put it, “the systematic eradication of ethnic and religious minority identities in China.”

The Trump administration deserves credit for its efforts to raise the profile of threats to religious freedom, and of the plight of Uyghurs in particular, on the international stage. That the president, vice president, and secretary of state all participated in the religious freedom event has enormous symbolic value. A day later, Deputy Secretary of State John Sullivan cohosted an event focused solely on the human rights crisis in Xinjiang, an event that the United States cosponsored with Canada, Germany, the Netherlands, and the United Kingdom.

These are positive steps, but they are insufficient. Publicizing Chinese abuses in Xinjiang is, of course, crucial. Chinese efforts to shut down discussion on those abuses and to offer its own preferred narrative prove that Beijing does care about reputational costs. But when the American president, in a speech on religious freedom on the world stage, fails to mention the unjust detention in interment camps of up to three million Muslims, when he fails to mention those aspects of Chinese abuses that may make the Xinjiang campaign a genocide, he signals to Beijing that the fate of those Muslims is not, in fact, an American priority.

The refusal of the Trump administration thus far to impose Global Magnitsky Act sanctions on Chinese leaders responsible for abuses provides further evidence that the president is unwilling to use the tools at his disposal to put real pressure on the killers of Kashgar. Rather, the Trump administration approach, as laid out by the assistant secretary of state for East Asian and Pacific Affairs, is more restrained to “raise the temperature of the water” and “give the Chinese government, the Communist Party, a chance to reform and address this issue.”

This is the wrong approach. The one million people, at a minimum, held in concentration camps cannot wait for the United States to essentially boil a frog, especially since Beijing will work to lower the temperature, as it has been doing to some effect. Instead, it is time for a full court press. With President Trump neglecting to enact such an effort, Congress must act.

The Uyghur Human Rights Policy Act, which the Senate has already passed, is one way to do so. The legislation would require a series of reports on the Chinese treatment of Uyghurs, on the security implications of the Chinese crackdown on the Muslim population in Xinjiang, and on technology that facilitates the abuses. It would also require the State Department to report on whether certain individuals meet the criteria for the imposition of Global Magnitsky Act sanctions.

Next, a bipartisan group of lawmakers should lead an effort to move, cancel, or boycott the 2022 Olympic Winter Games, which Beijing will host. Through statements, letters, resolutions, and questions in oversight hearings, Congress should make clear to the administration that it is categorically opposed to Team USA participating in the 2022 Olympics absent significant reforms in Xinjiang and elsewhere.

A boycott, cancellation, or relocation of the Olympics would mark a significant embarrassment for Xi Jinping before his own people. He is thus far more likely to be moved by a threat to his hosting duties than by symposiums, international letters, and perhaps even sanctions, which are unlikely to target him directly. Using the Olympics as leverage, however, would be a threat squarely aimed at the Chinese leader.

Ultimately, the Trump administration will have to take the baton here, but it seems unlikely to act on its own. Sustained pressure from Capitol Hill and, ideally, from Team USA athletes and American civil society as well, might lead the president to act on this human rights issue.

Michael Mazza is a visiting fellow in foreign and defense policy studies focused on the Asia Pacific region at the American Enterprise Institute.