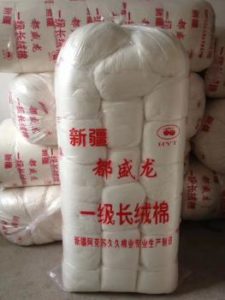 Employment: Yarkant County satellite factory [for] persons in detention or reeducation.” The spreadsheet, obtained from a cache of local government files, lists the employment status of nearly 2,000 Uighurs—but the 148 entries that carry this particular designation stand out like a sore thumb.

Since spring 2017, the Chinese government has placed vast numbers of Turkic minorities into internment camps, which it refers to as “reeducation camps,” in the northwestern Xinjiang region. This March, it claimed that these supposed students would gradually be released into work placements. Data such as this supports this claim, but not in the way that the government is trying to sell it. Rather, it is part of a rapidly growing set of evidence for how Beijing’s long-term strategy to subdue its northwestern minorities is predicated upon a perverse and intrusive combination of coercive labor, intergenerational separation, and complete social control.