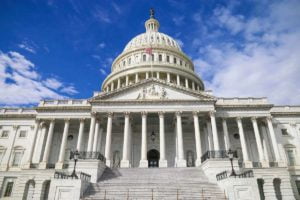 Campaign for Uyghurs welcomes and applauds the Senate passing the S.178 Uyghur Human Rights Policy Act of 2019 by unanimous consent. We hope that the bill will soon become a law and give the President the power to impose sanctions on China as a consequence of the Chinese Communist Party’s persecution of Uyghurs. Chinese government officials who are engaged in human rights abuses must be held accountable and face the consequences of their actions, and this bill takes us one important step closer to ensuring that happens.

In light of the Coronavirus pandemic, the international community has begun to reevaluate its relationship with China and to face many uncomfortable truths. The Chinese Communist Party’s lawless and immoral practices during this global crisis have exposed their true face. The CCP’s disinformation campaign has been “detected in countries including the United States, Argentina, Serbia, Italy, and Taiwan.” China has advanced the process by which they circulate a false narrative through the use of artificial intelligence; this has been evident in the proliferation of bot accounts on social media which are used to wage disinformation campaigns against Uyghurs as well as citizens of Hong Kong, Taiwan, and now, the United States.

Uyghurs in East Turkistan have been oppressed and suffering at the hands of the Chinese Communist Party for over 7 decades while receiving little to no international exposure. There has been no worldwide outrage or demands for investigations into China’s policies against the local Turkic Muslims. However, as the effects of China’s illicit and corrupt behavior to conceal a pandemic permeated international borders and developed into a daily life or death situation, global outrage has been stirred.

The CCP has mastered the dangerous art of deception; not only have they concealed the true dangers of the Coronavirus from the world as they spread mass disinformation on the topic, but they have also been actively undermining the efforts of others who are fighting to remedy the devastation that the CCP wrought. The F.B.I and Department of Homeland Security are planning on issuing a warning about Chinese hackers seeking “valuable intellectual property and public health data through illicit means related to vaccines, treatments, and testing.” China continues to play the role of the victim and proclaims that demands for investigations into its corrupt government are“anti-China” and “abusive.” These statements are highly ironic considering the CCP is itself opposed to anyone and anything that contradicts or deviates from the Communist party line and its strict adherence to presenting an “idyllic veneer”.

Whistleblowers from China who have tried to expose the truth and warn the international community on the dangers of the virus have been constantly harassed and threatened. Moreover, a powerful information blockade has been continually reinforced, leaving the world at the mercy of propaganda spewed by the CCP. This has proved to be extremely detrimental, especially in the early days of the virus outbreak. the world was looking to China for answers about the virus, China was consumed by giving erroneous answers and fabricating the truth. Beijing even used the United States as a scapegoat when Foreign Ministry spokesman Zhao Lijian publicly accused the U.S. military of bringing the Coronavirus to Wuhan. Reputable individuals from democratic countries and the World Health Organization were also recruited as instruments of spreading the CCP’s false narrative.

China has been the assailant of the Uyghur people for years; committing genocide against an entire population because their existence challenges the Communist notion of a Han Chinese status quo and poses a problem to the government’s long-term objective of hegemony., thus their actions to deceive the international community about a pandemic should come as no surprise. It’s time for the world to wake up to the necessity of breaking all friendly ties to the Chinese Communist Party.