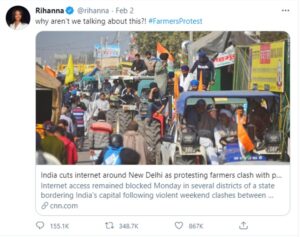 This is not intended as an attack on you, but rather an attempt to highlight the fact that no one else is, and that the industry that you are working in is one of the reasons for this. Celebrity is a blessing and a curse, as I am sure you would attest. As the Chinese regime commits active genocide, it is also forcing the silence of Hollywood. In an industry that is quick to comment on social or political issues, this is a striking betrayal of the values of humanity. When the perpetrator has money, inaction on confronting it has been sealed.

China has used economic means to buy the silence of the NBA, of the UN, of the OIC, and most of the organizations and bodies that should be the first to stop these atrocities. The worship of money has left so many celebrities, academics, and others as a hypocritical laughingstock. As the worst mistakes of history are being repeated, our society ignores them so that we can wear the pretty clothes that are likewise made with cotton harvested by Uyghurs forced to pick it as part of the Chinese regime’s modernized slavery.

Women’s rights and “Me Too” have found their platforms and multitude of supporters, but Uyghur women who are facing mass rape forced abortions and sterilizations, and forced marriages with Chinese men all under the ongoing genocide, have no one.

A recent report by the BBC on the systematic rape of Uyghur women in the detainment camps where millions are held on the basis of ethnic identity alone shed horrific light on the conditions therein. In the piece, one of the witnesses described her experience of being forced to work in the camps to prepare Uyghur sex slaves.

Gulzira Auelkhan, who was forced to work in the camps assisting the Chinese guards stated in the piece that “the Chinese men “would pay money to have their pick of the prettiest young inmates’” and that ‘You can’t tell anyone what happened, you can only lie down quietly,” she said. “It is designed to destroy everyone’s spirit.’”

Victim Tursunay Ziawudun gave testimony to the BBC in which she said  “women were removed from the cells ‘every night’ and raped by one or more masked Chinese men. She said she was tortured and later gang-raped on three occasions, each time by two or three men.”

Your own fight for the universal rights of young girls is very noble. However, while over 500 thousand Uyghur kids are being abducted to be indoctrinated, Uyghur girls are facing government-sponsored forced marriage to Chinese men, and Uyghurs are facing genocide, “Why aren’t we all talking about this?”

As an individual whose sister is held in these camps, I can’t adequately convey the horror that reading the details of how these genocidal crimes are being played out brings to our entire family. We are one of the millions.

My plea to you is simple: Please use your voice and the responsibility of your celebrity to refuse to bow to China’s blood money and its attempts to silence the world on its crimes against the very soul of humanity. The future of women, and the freedoms we cherish, are at stake.