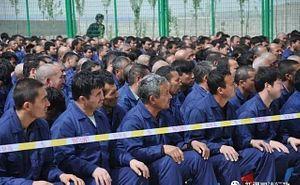 Hong Kong (CNN) — Rozinsa Mamattohti couldn’t sleep or eat for days after she read the detailed records the Chinese government had been keeping on her entire family.

She and her relatives, most of whom live in China’s western Xinjiang region, aren’t dissidents or extremists or well-known. But in a spreadsheet kept by local officials, her entire family’s lives are recorded at length along with their jobs, their religious activity, their trustworthiness and their level of cooperation with the authorities. And this spreadsheet could determine if Mamattohti’s sister remains behind razor wire in a government detention center.

Her family’s records, and hundreds of government reports like them, have been leaked to journalists by a patchwork of exiled Uyghur activists.

READ THE FULL ARTICLE AT CNN