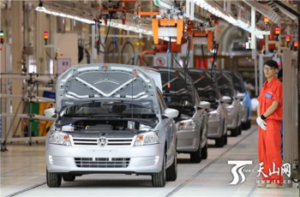 VW is under pressure for working with the Chinese government in Xinjiang after evidence of human rights abuses against Uighurs in the region. Meanwhile, the German and US governments urged China to uphold human rights.

As international outrage over human rights abuses in Xinjiang province grows, German carmaker Volkswagen (VW) has vehemently defended its presence in the region, where it operates a production facility in Urumqi.

Speaking with DW on Tuesday, the company said its 2012 decision to open the Urumqi facility was “based purely on economics.” VW says it expects “further economic growth in the region over the coming years.”