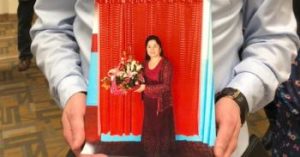 Following months of reporting from news media and academic researchers on the extent and conditions of internment camps in Xinjiang, where up to 1.8 million Uyghurs and other Turkic Muslims have been held for political indoctrination, forced labor, and forced cultural assimilation, the Chinese government has now declared that inmates have “graduated,” without providing any evidence. From Yanan Wang at AP:

“When the lives of people of all ethnic groups in Xinjiang were seriously threatened by terrorism, the U.S. turned a deaf ear,” Zakir said at a press briefing. “On the contrary, now that Xinjiang society is steadily developing and people of all ethnicities are living and working in peace, the U.S. feels uneasy, and attacks and smears Xinjiang.”

All those in the centers who were studying Mandarin Chinese, law, vocational skills and deradicalization have “graduated” and found stable employment, Zakir said, adding that others such as village officials, farmers and unemployed high school graduates continue to enroll on a rolling basis in programs that allow them to “come and go freely.”

Some ex-detainees have told AP they were forced to sign job contracts and barred from leaving factory grounds during weekdays, working long hours for low pay. Many Uighurs abroad also say their relatives are in prison, not camps, after being sentenced on vague charges of extremism.

Xinjiang governor Zakir claims that all "students" have "graduated", but DECLINES to say whether that means they have been released.

Likely interpretation: their focus is now less on study, and more on forced labor. https://t.co/WetfMzU9Ka