Join us for a side event during the Second Ministerial to Advance Religious Freedom by the State Department.

Moderated by Turdi Hoja (Chairman of the Board, Campaign for Uyghurs)
The Uyghurs are ethnically and culturally Turkic Muslims, who have been under the control of Communist China since 1949. The persecution against the Uyghurs is racially motivated. The PRC’s strategy of building a new Silkroad is causing destruction in their homeland, with 1-3 million Uyghurs in concentration camps and the entire region under a police state. Between trade threats, the power of the Belt and Road Initiative, de​b​t trap diplomacy and manipulation within the U.N., the PRC has become a power able to strong arm the world. The PRC is getting away with today’s largest human right crisis while conducting genocide against the Uyghurs. The speakers in the panel will discuss and address further support and coordination on the Uyghur cause.
**********************************************
To arrive at SVC 212-10, you will enter through the Capitol Visitors Center (CVC) entrance located across from the Supreme Court. To avoid the tourist lines, please inform the officer outside the CVC that you are here for Official Business. A map of the CVC can be found here. Food, liquid, and aerosols are not allowed in the CVC. Once inside the CVC, you will need to check in at the Senate Appointments desk and let them know that you are here for an event in SVC 212-10 at 10:00 AM. They will direct you to the room. 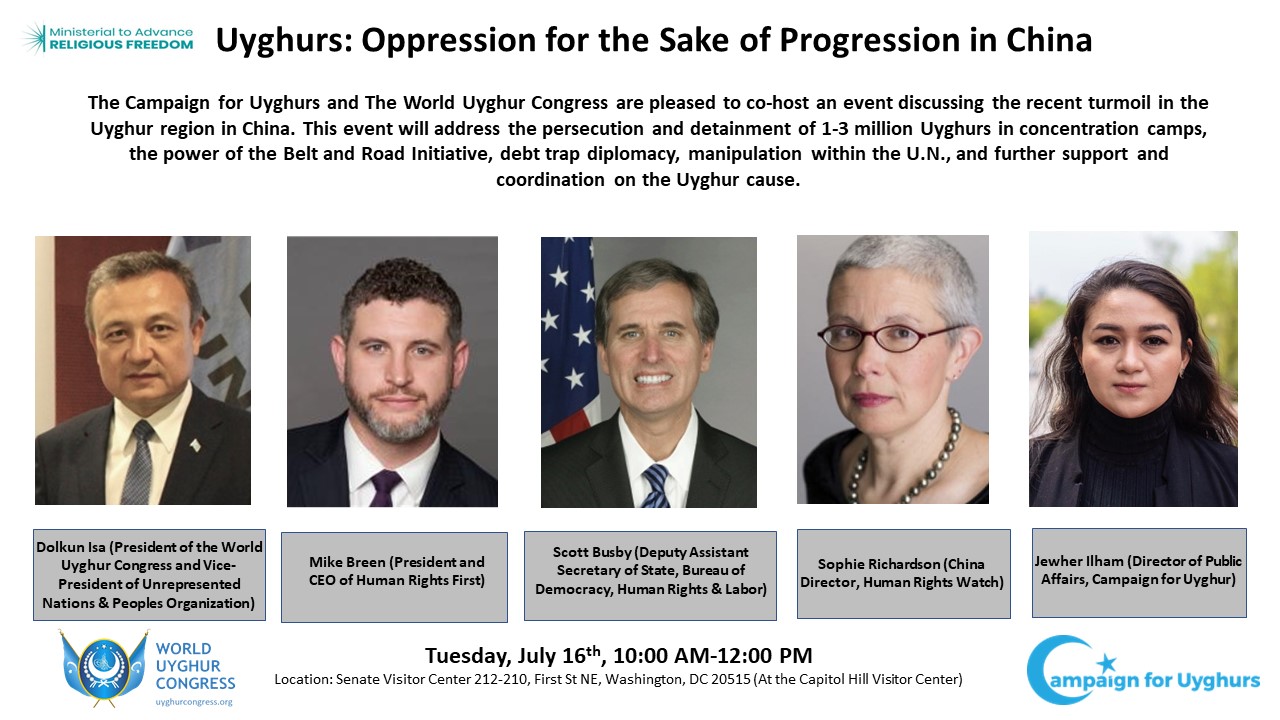