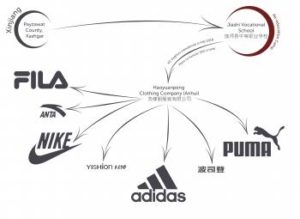 Forced labour and the abusive practices of the ‘re-education camps’ in China’s Xinjiang region are being exported to major factories across the country, implicating both global brands and the hundreds of millions of consumers (including here in Australia) using their products.

Our new ASPI report reveals that the Chinese government has facilitated the mass transfer of Uyghur and other ethnic minority citizens from Xinjiang to factories across China. Between 2017 and 2019, our report estimates that at least 80,000 Uyghurs were transferred out of Xinjiang and assigned to factories through labour transfer programs under a central government policy known as ‘Xinjiang Aid’.

READ THE FULL ARTICLE AT THE STRATEGIST