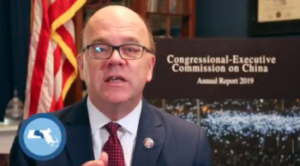 U.S. lawmakers pushed Wednesday for a ban on imports from a vast area of northwestern China because of the widespread use of forced labor in a region where the communist government has detained more than a million people in a campaign against ethnic minorities.

The United States already bans imports made with forced labor, but a bipartisan group of lawmakers said virtually anything coming from Xinjiang, including goods sold by major American and global consumer brands, should be considered tainted by the mass detention and repression of Uyghurs and other ethnic minorities.

READ THE FULL ARTICLE AT THE DIPLOMAT