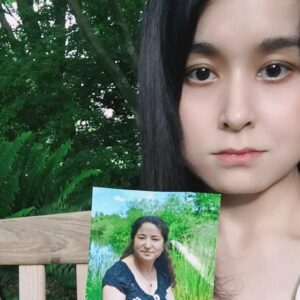 One of the first steps to destroying a nation in history is to destroy their language, religion, and culture to make them forget their identities. World history has shown this in the Mongols’ invasion of the Middle East, as well as in the Holocaust of the Jews. The famous Turkish poet Mehmet Akif Ersoy’s said, “They say that history is just repetition, would it repeat if any lesson was taken?” which stands as condemnation against humanity by all means. The international community once said “Never Again” after the Holocaust, and has now forgotten this promise today. With the exception of a few other countries including the United States, neither Islamic countries nor the United Nations have recognized the genocide of the Chinese Communist Regime in East Turkistan that the Uyghur Muslims are subjected to. When confronted by China’s crimes against humanity, it was easier for states to take shelter behind the “internal affairs of China” discourse than to question why a world-famous academic like Rahile Dawut was kidnapped and held with no news for the past three years. The communist dictatorship first sent its intellectuals to the concentration camps in order to destroy the Uyghur people of East Turkestan. Dr. Rahile Dawut, who was suddenly forcibly disappeared by the Beijing regime three years ago, is one of the most striking victims in the communist regime’s story of how to commit genocide of a people. Her daughter, Akida Pulat, has been searching for her mother for three years with one of the most recent photographs of her holding her mother’s picture. This young girl’s struggle has not been given enough voice yet. Rushan Abbas, Founder and Director of the Campaign for Uyghurs (CFU) said, “Although, Uyghur academics are lecturing and publishing books with the permission of the government, now they are found guilty and subjected to persecution just because they are Uyghurs.”


Of course, it was not in vain that the Chinese Communist Regime selected intellectuals as the first target in the name of destroying the Uyghurs. During Mao Zedong’s Cultural Revolution and after the Tiananmen massacre, the Communist regime first threw intellectuals, writers, and academics into prisons. In 2014, the famous economist Ilham Tohti was also a victim of such cruelty, as was the anthropologist Rahile Dawut. It was reported that more than 500 Uyghur cultural and intellectual figures were sent to concentration camps, built with inspiration from the Nazis, and a result of the oppression that accelerated and intensified in East Turkistan in 2017. Although world leaders did not take any steps on her behalf, the New York-based Scholars at Risk (SAR) organization rewarded Rahile Dawut with the “Courage to Think Award for 2020” on behalf of all the academics arrested and taken by the Beijing regime. The award, which was presented at SAR’s virtual conference in November Free to Think 2020: Responding to Attacks on Higher Education, and accepted by Dr. Rahila Dawut’s daughter, Akida Pulat.

In an article by Ruth Ingram, an academic and friend of Rahile Dawut, Akida Pulat stated that her mother was taken away even though she was not involved in any crime, saying, “You didn’t do anything harmful to society. Even though you were an extraordinary scholar, you were just an ordinary woman. You were just pursuing a peaceful life with your children. But two and a half years have passed. The more days that pass, the more devastated I feel. I can’t help speaking out even though I know that if I speak out I could put other family members in danger, or I may put you in a worse situation. I cannot even think about that because sometimes I just feel so devastated that I wanted to speak out for you. I will not stop asking ‘Where is my mother?’”

On the panel organized for World Human Rights Day by the Campaign for Uyghurs, Akida also said, “What happened to my mother is clear evidence of this genocidal action against me and my family by the Chinese communist regime. Both my mother and Dr. Gulshan Abbas, together with all the intellectuals and millions of Uyghur people are sent to concentration camps and are forced to work as slaves in factories. This regime will continue to erase the Uyghur identity from the earth if someone does not say stop.” By this statement, it was emphasized once again that the people of East Turkistan are desperately waiting for the international public to take action.

We once again ask the international community to take action to end the genocide against the Uyghur people and to demand the release of cultural and intellectual figures who were disappeared by the regime to erase the Uyghur culture. On this third anniversary of Dr. Rahile Dawut’s disappearance, we ask on behalf of Akida Pulat and all Uyghurs: where is my mother?