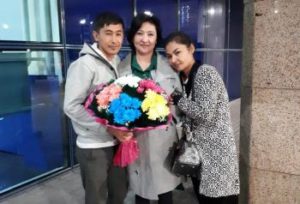 In China’s Xinjiang province, one million Uighurs, Turkic speakers and Muslims, are imprisoned in concentration camps to be « re-educated ». A former Kazakh prisoner of Uighur origin testifies to the horror.

In a Spartan apartment on the outskirts of Istanbul, Gulbahar Jelilova speaks for the first time to a foreign media. Despite her fear of retaliation, she describes her long and traumatic detention in Chinese concentration camps, a story full of wild and revolting details: constantly shackled feet, the metal chair on which the inmates are tied 24 hours in a row on interrogation days, humiliating searches in the intimate parts of the body, the mindlessness due to brainwashing techniques or injections of unknown substances, dirt, promiscuity, confinement, lack of air, sun, water, food…