‘They disappeared’: Uighur activist fears her family was sent to a Chinese ‘re-education’ camp 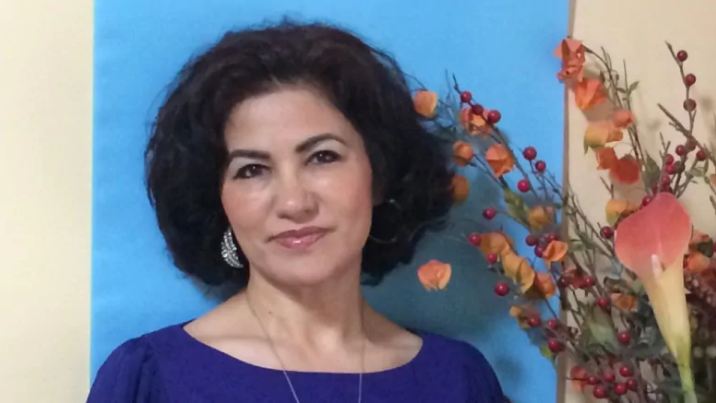 Rushan Abbas is the founder of ‘One Voice, One Step’ — a group that advocates for the human rights of the Uighur people in China. (Submitted by Rushan Abbas)

Rushan Abbas wants to know where her family members have gone.

The Uighur activist’s aunt and sister recently disappeared from their homes in Xinjiang province in China. And the circumstances of their disappearance lead Abbas to believe they’ve been taken to an internment camp in the country’s far west.

The so-called “re-education” camps target mostly Muslim members of the Uighur ethnic minority in China — but critics say the truth of what goes on in those facilities is far more brutal than the name implies.

Abbas has been living in the United States since 1989. She spoke with As It Happens guest host Megan Williams about her family’s disappearance and why she will continue to speak out against China’s treatment of the Uighur people.

Here is part of their conversation.

When did you first realize that your relatives may be in trouble?

I didn’t realize until like five, six days after they disappeared because I do not communicate with my relatives back home.

Since spring of 2017, I do not talk to anybody in East Turkestan because the situation there got pretty harsh to the Uighur people.

I spoke at [a panel discussion] at Hudson Institute on Sept. 5, 2018, and then, a few days later, I heard from my relatives that my sister and my aunt, they both were gone. They disappeared.

And no one has heard anything from them since?

Now what makes you believe they’ve been seized by authorities and taken to one of these so-called “re-education” camps?

That’s how the people are ending up in those concentration camps, which China claims are “re-education” camps. They have been claiming those are “vocational training centres,” they are “re-education centres.”

In that case, why don’t their family members know anything about them? They just disappear like they went into a black hole.

Is it conceivable to you that they might have done or said something that might have drawn attention to them, of the authorities?

Not at all, because my aunt is just a house wife. She’s not somebody who talks anything about the religion or political things.

And my sister too. She’s a very quiet person. A retired medical doctor. She retired at a very young age for health reasons. She’s not involved with any kind of political activities or opinion or expression.

Other than being my relatives, my sister and my aunt, both, they don’t fit into any kind of criteria of the people who are taken to the re-education camps. Like, they are not influential. They are not educators. They are not writers or public figures. They are not religious people.

Other than just being related to me, they shouldn’t have any reason for taken them to those camps.

My aunt and sister in #China have vanished. Are they being punished for my activism? #uyghur #yighur #eastturkestan https://t.co/srOQHx8GYJ

So when you say other than being my relatives, are you implying that that’s the reason why they might have been taken away?

Yes, very strongly. I believe that is the only reason that they were taken away. Because I spoke on Sept. 5 as one of the panellists at one of the think-tanks here in Washington.

Only six days later, my sister and my aunt both disappearing in the same day while they are 1,400 kilometres away from each other.

I think the Chinese government was trying to send me a message or intimidate me by hostage taking my family members.

Obviously, you must be worried about their well-being. What do you know about how they might be treated in one of these camps?

Well, I have been very outspoken about the situation in the camp. I knew the conditions are extremely harsh in there.

That’s why when Chinese government is claiming that these are the vocational training centres, but we know the witnesses, former detainees in the camps, and also reliable news accounts, those “vocational training centres” means that they are being guarded with armed guards, barbed wire, overcrowded rooms, malnutrition, dehydration, very poor sanitation. The conditions are extremely poor.

You continue to speak out. Are you afraid that perhaps other members of your family might pay a price?

I’m afraid, yes. There are some extended relatives that I have. But what the Chinese government is doing today, brutally persecuting the Uighur people, this is not just a systematic human rights abuse anymore. This is like a crime against humanity.

So I’m not going to stop. I’m going to continue what I’m doing, to be the voice for the voiceless.