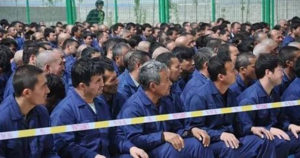 The Chinese government’s persecution of Uyghurs, a small religious minority in China, is now one of the world’s most well-documented human rights crises. Though the coronavirus has taken its toll on China, the government’s assault on religious minorities hasn’t stopped. As a part of a larger campaign against all religions, the Chinese government has targeted Uyghurs, a mostly Muslim community, because of their religion and culture. The unique and brutal policies enacted by the Chinese government in Xinjiang, the region where most Uyghurs live (sometimes referred to by Uyghurs as East Turkistan), have placed particular hardships on residents during the coronavirus—something FRC has covered here.

Rushan Abbas, the founder of Campaign for Uyghurs, is familiar with the devastating policies of the Chinese Communist Party against Uyghurs. Her own sister, Gulshan Abbas, disappeared in September 2018 and is believed to be among the more than 1.8 million Uyghurs forcibly detained in what the Chinese government calls “Vocational Education and Training Centers” intended to “re-educate” detainees. The facts expose China’s excuses—Rushan’s sister was a medical doctor at a state hospital before she retired for health reasons and was not in need of “re-education.” The coronavirus crisis has only caused more international concern for the conditions of Uyghurs living in China, including Rushan’s sister.

We asked Rushan for her take on the unfolding situation in Xinjiang during the coronavirus pandemic.

FRC: How has the Chinese Communist Party (CCP) responded to the coronavirus outbreak in the Uyghur region?

Rushan: CCP’s response to the coronavirus outbreak in the Uyghur region was and is inhumane. The CCP should have closed the camps and released all the innocent detainees including my sister. China continues to lie and claim the detainees have “graduated.” To where? To forced labor camps. Where they continue to face the same oppression, heavy surveillance, and poor living conditions. The majority of Uyghurs in the diaspora still have no information on the whereabouts of their loved ones, including my husband and myself.

According to the former detainees, the camps are filthy, unhygienic, overcrowded, and the detainees are facing malnutrition, repeated physical and mental abuse, and are therefore malnourished and have a compromised immune system. If the virus gets into the camps, the outcome would be a rampant illness and an eventual death sentence. China can hardly handle their own infected population; they definitely won’t be providing medical attention to people they are trying to exterminate, and who they placed in concentration camps.

In reality, we do not know if it has gotten into the camps or not. No one knows. But it’s very likely. The CCP spews disinformation—it misleads the public, the media, and the international community. It is well known that Beijing tightly controls the information that comes in and out of the country. So, we cannot know for sure.

China’s coronavirus has spread all over the world. Most countries fighting the coronavirus are urging their citizens to stay at home and practice social distancing. In some parts of the world, countries are enforcing lockdowns of entire cities and regions. However, simultaneously, the Chinese government is relocating large numbers of Uyghur youth from East Turkistan to mainland China, where the coronavirus is spreading. Their survival is at stake. The likelihood of contracting the virus increases dramatically by the move to more infected regions of China. The CCP is giving this youth a death sentence in their effort to enslave them into forced labor facilities.

FRC: What additional hardships has the coronavirus lockdown placed on Uyghurs?

Rushan: Not only did the Chinese government fail to release Uyghurs detained in the camps, but they left many to starve while in lockdown in their homes. Many couldn’t afford to purchase food, and some couldn’t go outside to get food. While China struggled to contain the virus in Wuhan and canceled all the flights out of the city, the only flights that continued to fly as normal were flights to the Uyghur region. China took absolutely no precautions to protect the East Turkistan region, let alone the people they placed in concentration camps and forced labor facilities. Not only that, but they provide no medical help or attention to Uyghurs who would have contracted the virus.

FRC: What does the CCP’s response to the coronavirus say about their attitude towards religious minorities?

There are over half a million Uyghur children placed in government-run orphanages. Their parents are very much alive, and they are not orphans. This is CCP’s effort at reengineering the youth. They’re a target because their minds are still pliable and can be pumped full of Chinese propaganda and brainwashing.

China’s authoritarian reaction is what created this global pandemic. China has taken steps to deny, keep quiet, misinform, punish whistleblowers, and take a security crackdown approach. Their lack of transparency about the truth of the virus is what let it spread so rapidly and so vastly across the globe. This goes beyond their intolerance to religious minorities—it just shows blatant disregard for human life, regardless of who you are.

FRC: Some Uyghur activists have expressed fear that the mass detention of Uyghurs in “re-education” camps poses a unique risk to those detained in light of the highly contagious coronavirus. Do you share those concerns?

Rushan: I definitely share the same deep concern for the Uyghurs placed in the camps. More so now with the virus than before. Previously, the issues were the horrid conditions, the abuse, the rape, the organ harvesting, the absolute lack of information about your loved ones. Now, it’s a fight not only against the Chinese government but this virus. A virus for which there is no cure. A virus for which we know those in the camps aren’t going to be getting medical attention.

The dire situation that Uyghurs in China continue to face demonstrates that crises can often be used to further oppress religious minorities, even when society should be more united than ever before. As the coronavirus crisis unfolds, we must continue to pray and advocate for religious freedom in China and around the world.

The link for is article is here.