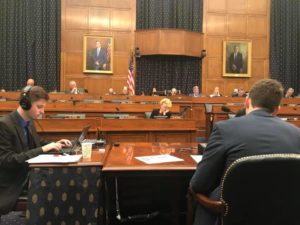 WASHINGTON, D.C. — On September 11, 2019, the U.S. Senate passed S. 178: Uyghur Human Rights Policy Act of 2019, which calls on various U.S. agencies to report on the living conditions of the Uyghurs, a predominantly Muslim, Turkic ethnic group in China. Now, the bill must pass the House of Representatives. S. 178 is a rebuke of the Chinese government and its ongoing human rights abuses of its Uyghur population.

That the Uyghurs face persecution and mistreatment in China is not new. In part motivated by China’s rivalry with the Soviet Union and by the Chinese Communist Party (CCP)’s suspicion toward Islam and Uyghur traditions, the CCP adopted repressive policies in the Xinjiang Uyghur Autonomous Region (XUAR) beginning in the 1960s. The CCP wanted to rid Xinjiang of Islamic and Uyghur influences, so they took steps, such as prohibiting the teaching of Islam in schools, to accomplish this goal.