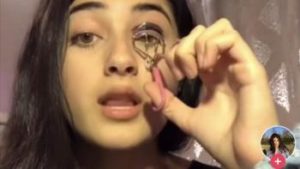 A US teenager’s TikTok video clip accusing China of putting Muslims into “concentration camps” has gone viral on the Chinese-owned social network.

The post appears to be about beauty tips at its start – but the young woman then changes tack to ask her viewers to raise awareness of what she describes as a “another Holocaust”.

Feroza Aziz later tweeted that TikTok had blocked her from posting new content, as a result.

TikTok has disputed this.

READ THE FULL ARTICLE AT BBC