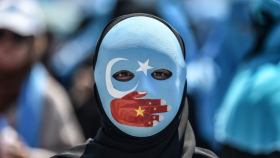 Winston Szeto – A Vancouver conference promoting business links between Canada and China is under fire for inviting a company that’s blacklisted in the United States for its work monitoring the Uighur ethnic group in China.

Jimmy Zhou, executive director of SenseTime, is one of the Chinese corporate leaders invited to speak at the China Forum to be held Nov. 16 and 17 and sponsored by BizChina Club from the University of British Columbia’s Sauder School of Business.

SenseTime is an artificial intelligence startup based in Hong Kong that has worked with Chinese tech giant Huawei to launch a facial recognition program, according to the latter’s website.

In early October, the U.S. Department of Commerce blacklisted SenseTime with other Chinese tech companies for alleged human rights violations against Uighurs in Xinjiang province. Facial recognition technologies from these firms have reportedly been used by the Chinese government to monitor the Muslim minority in the northwestern Chinese province.

Shalina Nurly, youth leader for the Vancouver Uighur Association, said the event at the Vancouver Convention Centre is a disappointment, and the group is considering mounting a protest.

“We have been let down by the UBC community,” said Nurly in an email to CBC News.

“At a time where the world is re-experiencing the Nazi concentration camps [in Xinjiang], we as Canadians should be joining the U.S. as it takes a stand against Communist China for the basic fundamental rights of the Uighur and other Muslim minority groups.”

The event has been promoted by UBC president Santa Ono and George Chow, B.C. minister of state for trade, who describes the two-day conference in a promotional video as “a great opportunity to bridge Canadian and Chinese business and culture.”

The conference has also received support from the Chinese consulate in Vancouver, according to a message on the Chinese instant messaging platform WeChat.

“What is peculiar about Lina Chen is that she is the deputy secretary of the Chinese Communist Party for her company. How that works is in China, every private company has such a committee in place for the party to get control of the private sector,” said Nurly.

According to Hong Kong’s South China Morning Post, 68 per cent of China’s private companies had an internal communist presence by the end of 2016, and that continues to grow.

Mabel Tung, the president of the Vancouver Society in Support of Democratic Movement, which organizes the Tiananmen anniversary vigils and rallies in support of Hong Kong protesters, said Canadians should be vigilant about Chinese business ties.

“The recent case of Canada’s two Michaels [Kovrig and Spavor], arbitrarily detained in China since December 2018 without formal charges … serves as a blunt reminder to us Canadians that doing business with communist China carries very high risks that are entirely unpredictable.”

BizChina Club’s president, Michelle Lau, said she was “surprised to hear” about the concerns from local Uighurs, but added that her association “will certainly take these concerns into consideration moving forward.”

A UBC spokesperson said the university is “proud of the initiative and work of all students who are engaging on global issues and ideas.”

Both SenseTime and Sina Weibo have not responded to interview requests.