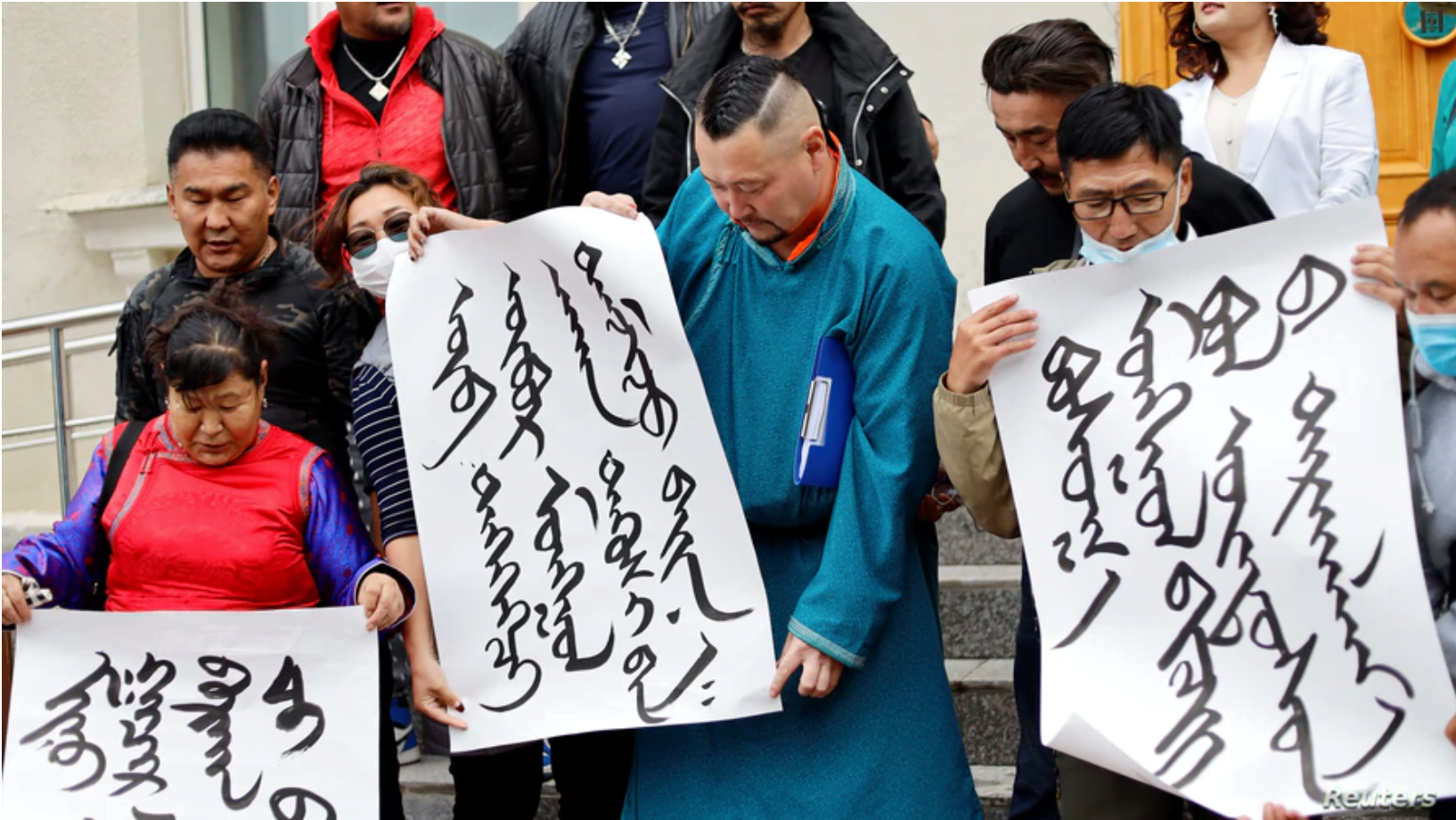 Demonstrators stand outside the Mongolian Ministry of Foreign Affairs in Ulaanbaatar, Mongolia, holding up signs with Mongolian script protesting China’s removal of the Mongolian language from core subjects. (Reuters/Anand Tumurtogoo)

Campaign for Uyghurs (CFU) would like to express full solidarity with the brave people of Southern Mongolia (referred to by the Chinese regime as the Inner Mongolia Autonomous Region). After successfully conducting the genocide of the Uyghurs while the world has been muted, it is clear that the Chinese authorities, contrary to lip service given about dialogue and cooperation, are rather steadfast in their self-damning mission to exterminate yet another culture.

These atrocious, oppressive new policies further reveal that the agenda of the Chinese Communist Party as concerns the ethnic groups in China being close as “seeds of the pomegranate” is about uniformity under tyranny, not harmony.  After facing decades of cultural elimination and policies similar to those which have led to the destruction of Tibet and the Uyghur genocide, ethnic Mongolians are bravely defending what they know to be the roots of any culture: language.

In a strategy that directly mimics other first steps towards genocide, these new colonialist language policies affirm yet again, the Chinese government cannot keep its word within its borders, and the international community is foolish to think that it will ever keep its word outside of its borders as well. The Chinese regime under Xi Jinping will never allow cultures to flourish, never allow freedom of expression or belief, will never allow ethnic identity, and will never allow anything other than the worship of the CCP and blind obedience to a sick societal disease that is the present course of Chinese socialism.

The reticence among the international community to declare the Uyghur genocide as such has emboldened the Chinese regime to continue with the elimination of other cultures as well. The suffering of the Mongolian people has been hastened and worsened by the cowardice of many in the international community. It is the sincere hope of CFU that the destruction of yet another people group will serve as a final wake-up call to a world that needs to boldly step up to confront this evil.