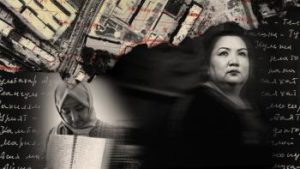 Zumrat Dawut was at her home in northwestern China in March 2018 when she received a phone call instructing her to report to the local police station.

In the previous year, Dawut said she, like countless other Uighurs in China, had her passport confiscated, her DNA sampled, and spyware downloaded onto her phone. Calls like this one were frightening but increasingly routine.

“I told my kids that the police called me, but I’ll be back,” recalled Dawut, 37, a mother of three from Urumqi. “I didn’t even dress up. I wore my slippers.”

At the police station, officers grilled her about her international travel and phone calls, Dawut said, and refused to believe they were related to her family’s import-export business.