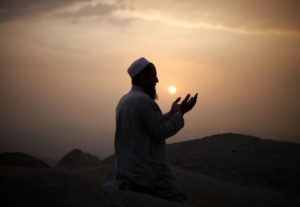 Laylat al-Qadr, the night that the holy Quran was revealed, is a night of extreme importance for Muslims around the world. Campaign for Uyghurs extends greetings to the brothers and sisters in the Muslim community and asks for their remembrance of the Uyghur community in prayer on this occasion.

As all expressions of Islamic faith including normal and innocuous religious practices are labeled as “extremist,” and outlawed in East Turkistan, the Chinese government has continued to wage war both on religion and on Uyghurs. As Muslims commemorate the holy month of Ramadan, Uyghurs are unable to fast for the last several consecutive years, and Mosques in East Turkistan intended as holy places of worship continue to be desecrated. While Muslims commemorate this night of decree, the holy Quran is banned from study and the words of Allah are edited by the Chinese government with the preposterous intention of making it compatible with communist ideologies. Where is the outrage from the Muslim world? We trust our Muslim brothers and sisters around the world will not leave us alone while the Chinese government is trying to eradicate the Uyghur Muslims. Today we call on the Islamic community to require their leaders to be a part of ending the atrocities being carried out by the Chinese government. Do not allow the love of money to make our nations complicit in these crimes against humanity.

Please remember to pray for the physical and spiritual liberation of those millions who are held captive and turned into slaves by Chinese rulers who would place themselves as the spiritual replacement for all people under this tyrannical regime. Pray, and speak out. The silence of the Muslim community has been deafening. Let us cry out together for those who cannot.