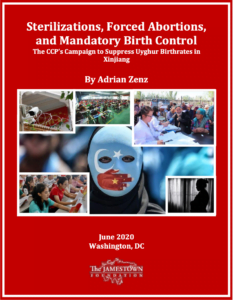 The release of the latest study by Dr. Adrian Zenz offers further concrete evidence of the Chinese government’s genocidal crimes. Using Chinese regional data, Chinese documents, and interviews, the plummeting birth rate, population statistics, number of sterilization procedures, and even massive increase in birth control which was previously reported by witness testimony to be mandatory, all confirm that the atrocities can no longer be ignored.

In response to the release of the report, of course, China called it “baseless” as it has dismissed all of Dr. Zenz’s previous work, ignoring the fact that the conclusions are drawn from their own government’s data. There is nothing else to refer to this as other than genocide.

The Inter-Parliamentary Alliance on China (IPAC) released a statement, saying, “The world cannot remain silent in the face of unfolding atrocities. Our countries are bound by solemn obligations to prevent and punish any effort to destroy a national, ethnic, racial or religious group ‘in whole or in part’.”

Any continued references to “alleged” genocide, “cultural” genocide, or other equally watered-down references are ridiculous and should be considered as complicity in China’s crimes. The Chinese government will, as expected, continue to deny, but the international community cannot. There is blood on all of our hands.

Campaign for Uyghurs congratulates Dr. Zenz on this very important work. His report can be viewed here.