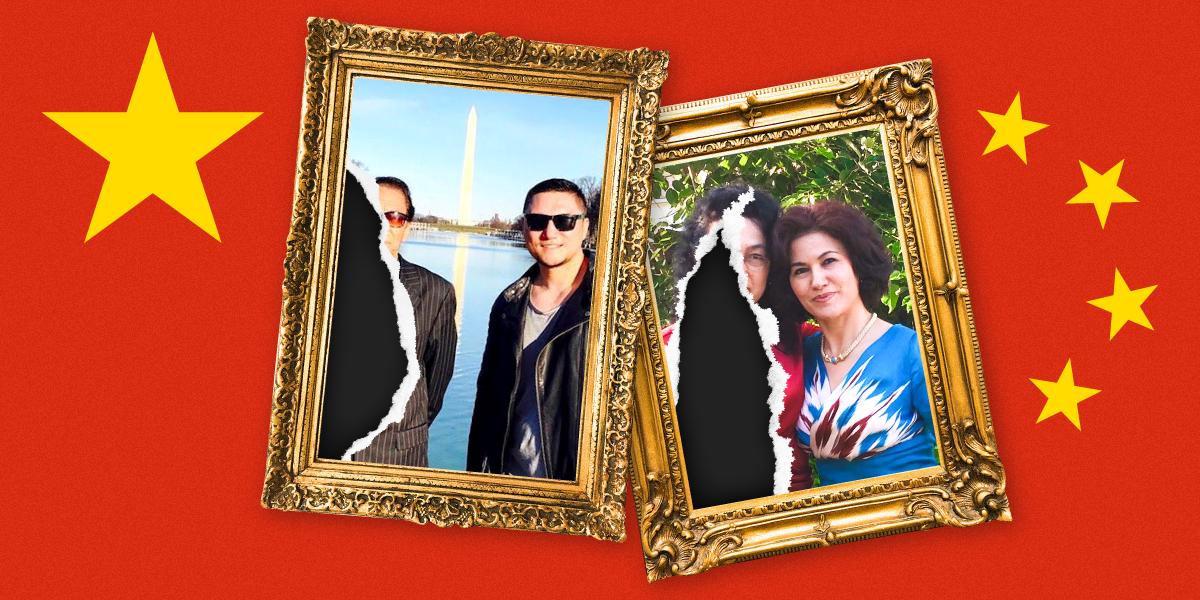 “There are no relatives left,” said Muyesser Abdul’ehed, referring to the depleted contact book on her phone. “But I’m glad they deleted me.”

Abdul’ehed, a teacher and poet in Istanbul, Turkey, has been systematically cut off by all her family members on WeChat, the ubiquitous Chinese messaging app.

There is only one reason for her entire family — who live in Xinjiang, western China — to cease all contact so abruptly: fear.

Her family are Uighurs, a majority-Muslim ethnic minority group China has been relentlessly persecuting. 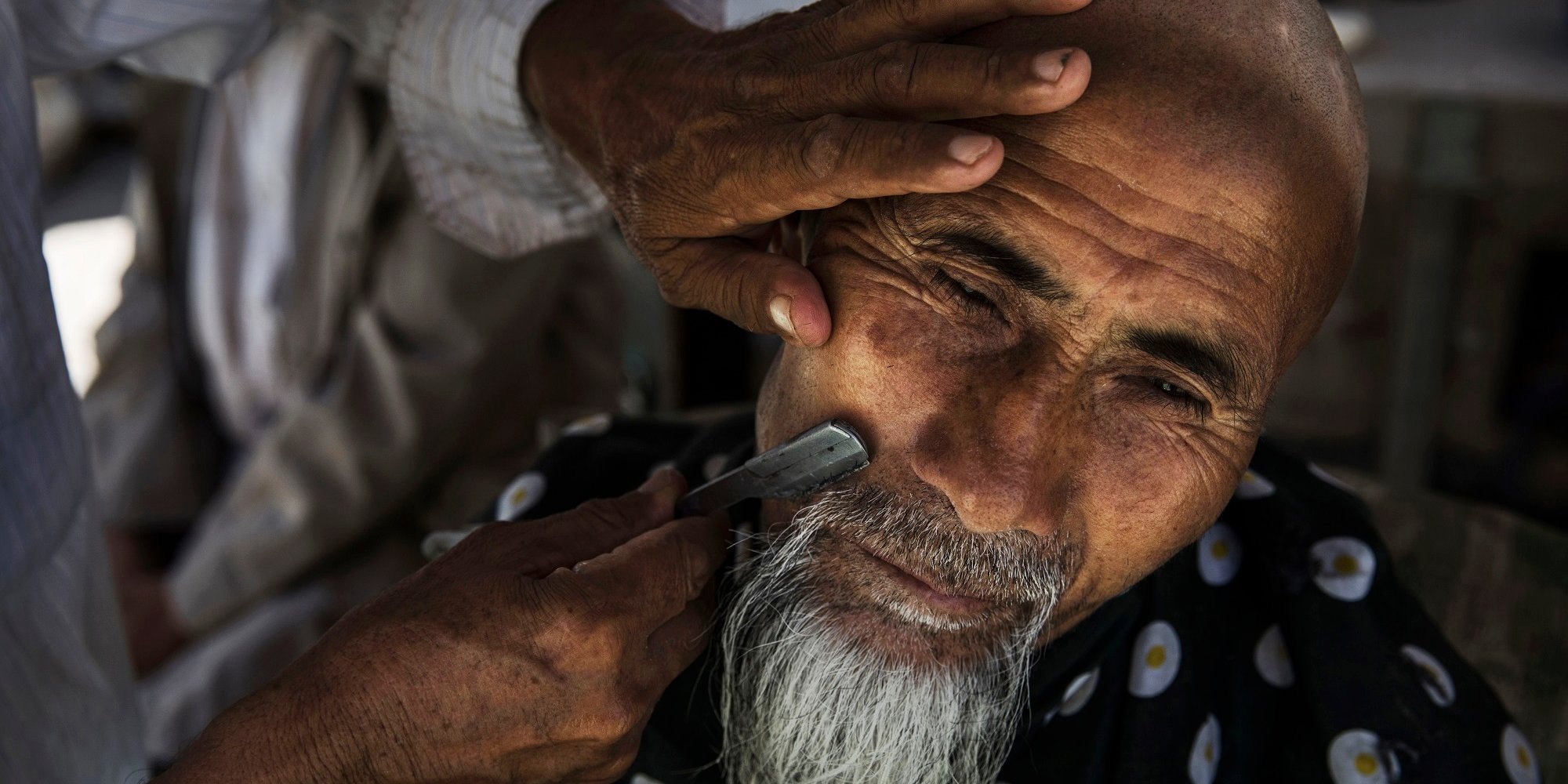 A Uighur man has his beard trimmed after prayers in Kashgar, Xinjiang, in June 2017. Much of the region’s residents are living in fear of the Chinese government’s punishment.Kevin Frayer/Getty Images

Life in Xinjiang has effectively come to a standstill over the last two years. According to the US State Department, China has detained up to 2 million Uighur residents, for increasingly flimsy reasons, one of which is messaging people who live in other countries.

China’s unprecedented crackdown is why Abdul’ehed’s relatives in China deleted her from their contacts, leaving her unable to talk to them or even see their latest pictures.

INSIDER interviewed four members of the Uighur diaspora, who report a similar experience of being abruptly cut off by those they love most, for fear of retribution by the heavy-handed Xinjiang regional government.

Reports from activists and media outlets claim that Uighurs who cross the authorities are physically tortured, forced to renounce their religion, and force-fed unknown medications that interfere with their memories.

Abdul’ehed’s said: “At first I was so hurt. I thought: ‘They didn’t have to do that.’ After that, I understood that something serious was going on.”

“I’m glad they deleted me,” she said. “Because I, somehow, may be a reason for authorities to arrest them.” 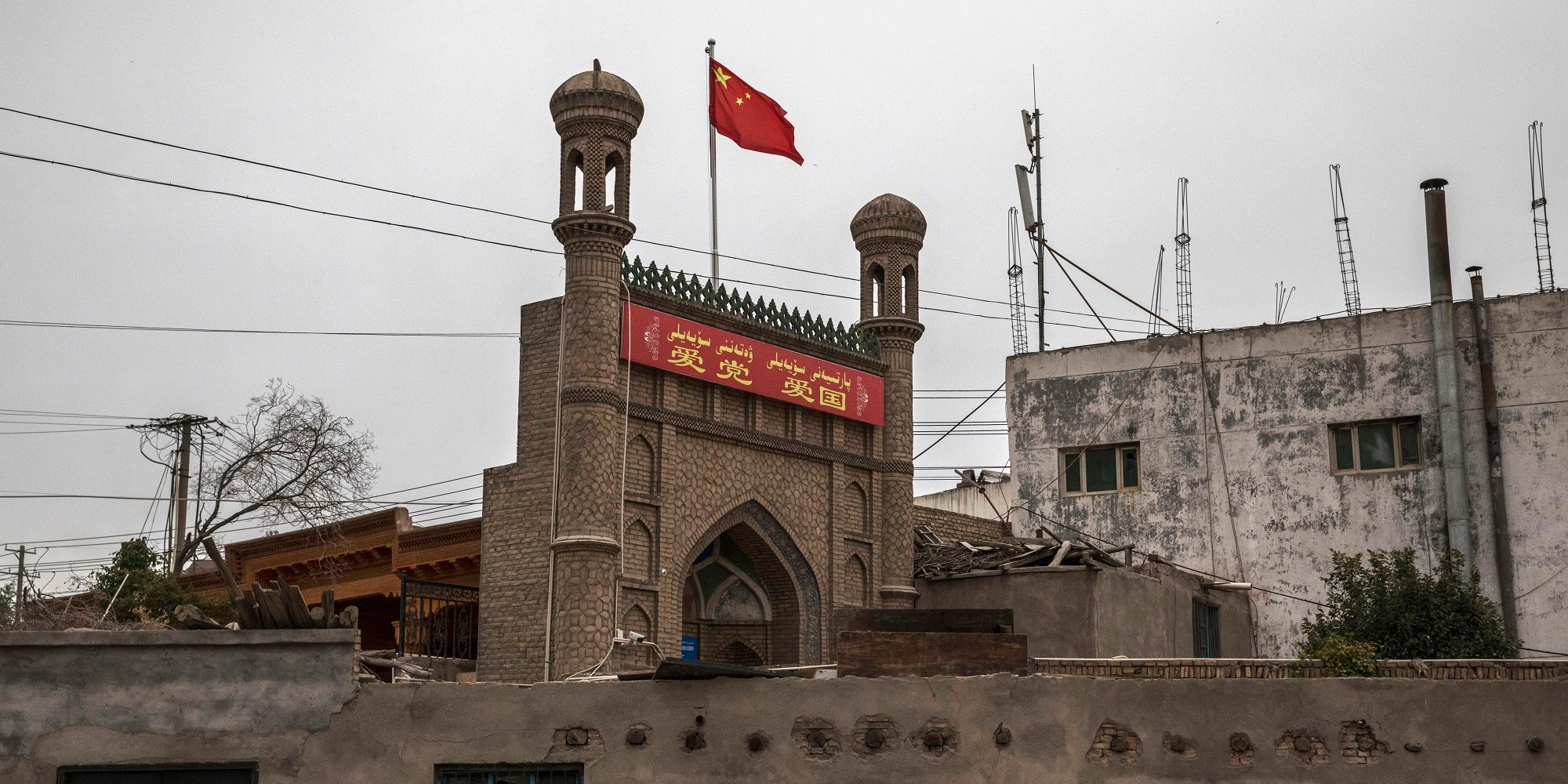 A Chinese flag flies over a local mosque that had been closed by authorities in Kashgar in June 2017. Life in Xinjiang has come to a standstill as China intensifies its crackdown on the region.Kevin Frayer/Getty Images

Local authorities in Xinjiang don’t officially notify relatives abroad when they round people up.

And because most people in Xinjiang have either blocked all their contacts abroad, or are scared to talk about what’s going on, they are struggling to find out about their loves ones.

They are left to wonder when their loved ones disappeared, how they were taken, what they purportedly did wrong, and where they might be now. 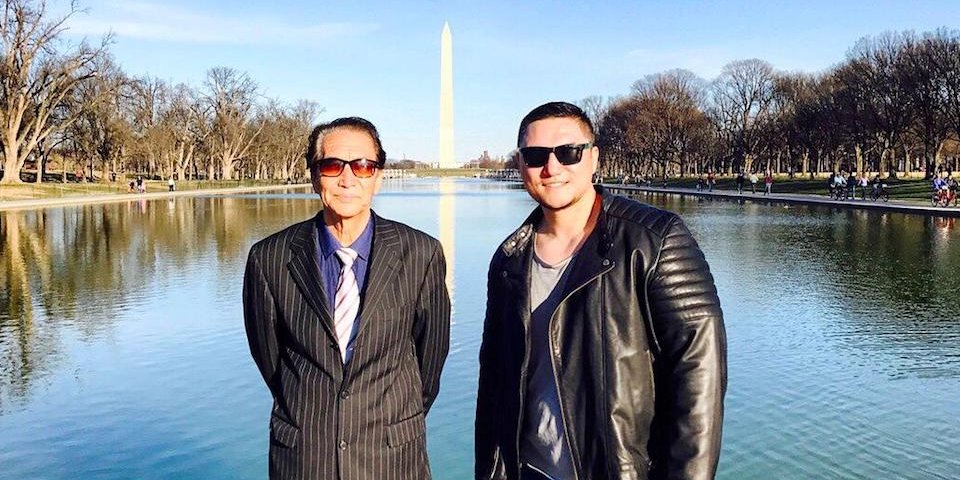 Bahram Sintash, who owns a fitness company in Chantilly, Virginia, said his mother blocked him on WeChat in February 2018, likely to avoid getting captured and detained.

WeChat has passed on user data to the Chinese government in the past, which means users run a constant risk of being found out.

His last message to his mother, in the Uighur language, was: “When are you going to [visit] our home in the countryside?”

She replied: “After Chinese New Year.”

Chinese New Year came and went, and Sintash heard nothing from her.

The screenshot on the right shows Sintash and his mother’s last messages to each other, and the error messages he received when he tried to send videos of his son playing the piano to his mother after she blocked him.

“Before, WeChat was the only tool that we [used to] communicate with each other,” Sintash told INSIDER.

“Almost once every two or three days we sent messages and pictures. I often sent my son’s pictures.” 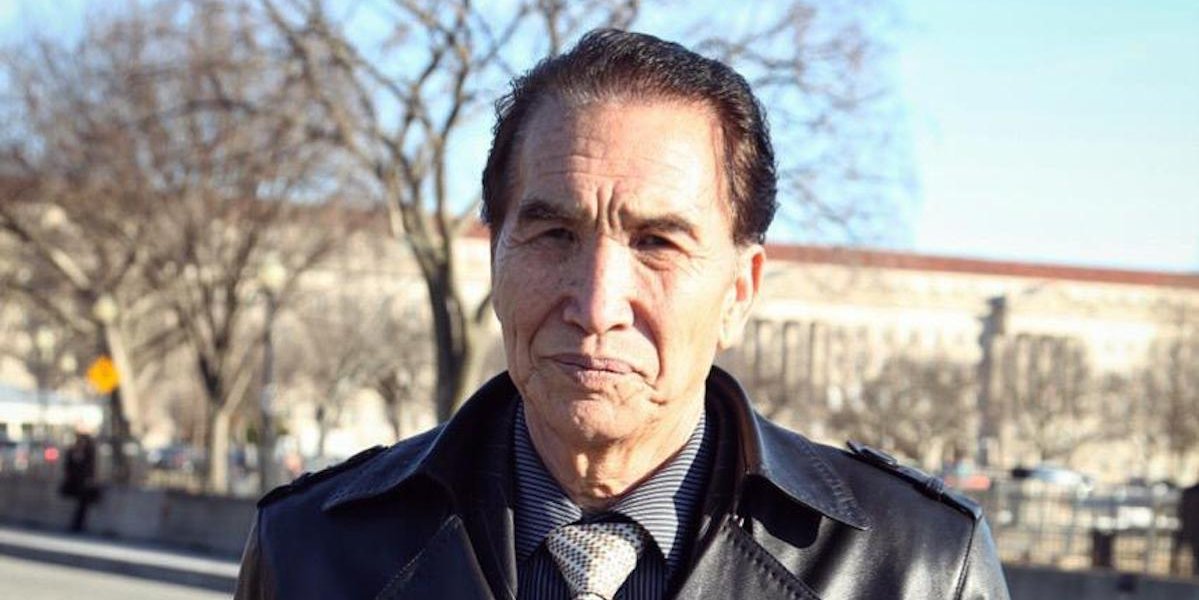 Mamut in Washington, DC, during a February 2017 visit.Courtesy of Bahram Sintash

Seven months after his mother blocked him, Sintash heard from a contact on the ground — whom he declined to name — that his father Qurban Mamut, a 68-year-old retired editor, had gone missing.

“I tried to find out the exact news, but I couldn’t get any news out because people can’t talk to outsiders,” Sintash said.

He suspects his father was taken away because he used to edit the state-controlled Xinjiang Civilization magazine, which worked to preserve Uighur culture and history. Scholars and activists have previously warnedof Beijing’s efforts to eradicate Uighur culture. 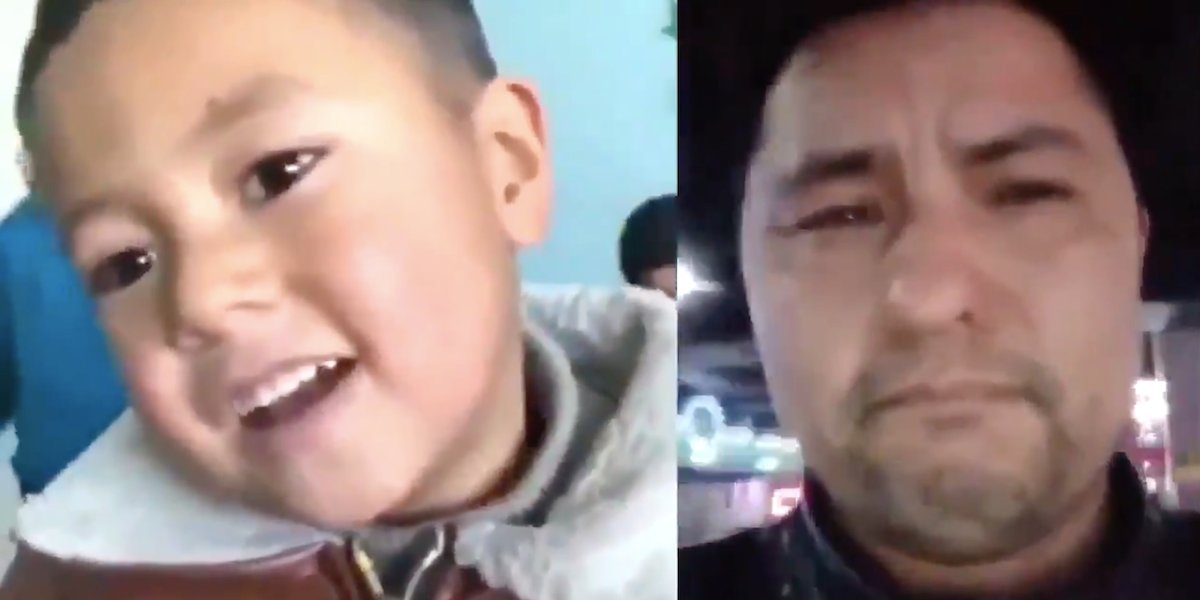 Abdurahman Tohti (right) lost contact with his wife and children in August 2016 after they visited Xinjiang. He suddenly found his four-year-old son, Abduleziz, in a video inside what looked like a state orphanage in January 2019.Abdurahman Tohti via Uyghur Bulletin/Twitter

Abdurahman Tohti, a self-employed driver living in Istanbul, said his wife mysteriously blocked him on WeChat shortly after she and their children arrived in Xinjiang to visit family in 2016.

His parents, who are still in Xinjiang, had cut off contact with him before that, telling him not to contact them and changing their phone number. He added that the number he had for his parents-in-law also went out of service.

Last month he found a video of his 4-year-old son, Abduleziz, filmed in what appeared to be a state-run Chinese orphanage. You can read more about his story here. 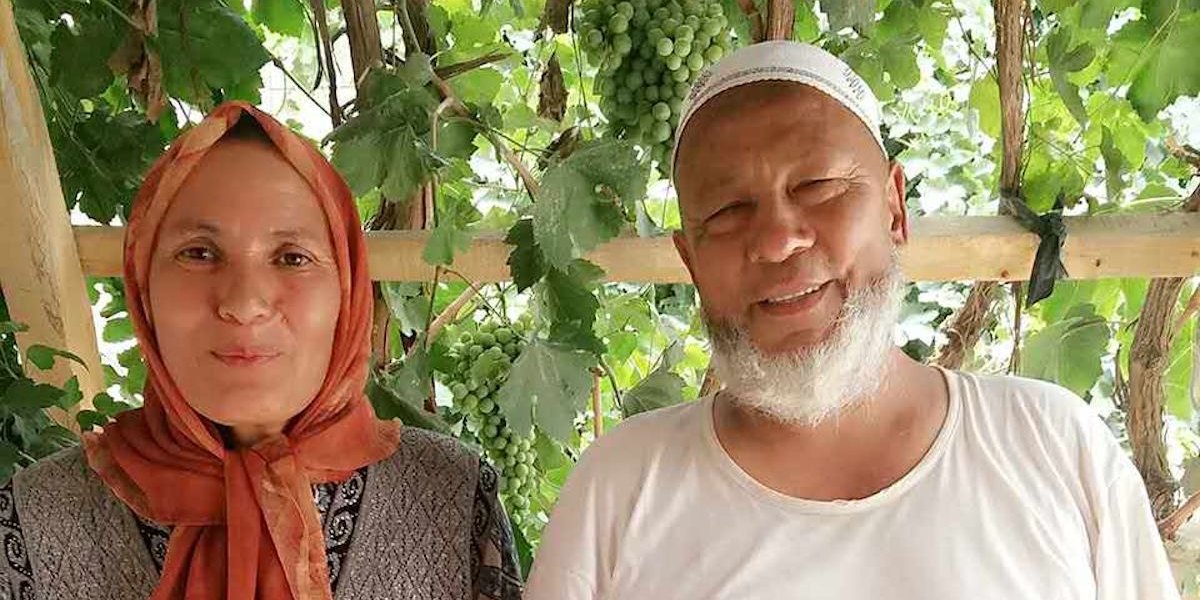 Abdul’ehed, the poet in Istanbul, also started suspecting that her cousin had been disappeared when he blocked her on WeChat.

Her cousin Erpat Ablekrem, a 25-year-old professional soccer player with whom she communicated often, blocked her on WeChat early last year, Abdul’ehed told INSIDER. And when she contacted other relatives for news, they blocked her too.

Read more: This man’s family vanished in China’s most oppressed region. Last month he saw his son for the first time in 2 years, in a Chinese propaganda video.

“He [Ablekrem] deleted me on WeChat and we couldn’t have any contact with him,” she told INSIDER, adding that her brother also looked through Ablekrem’s profile on QQ, a microblogging site, but did not find any updates.

“We were so curious about it, and we asked a lot of relatives,” Abdul’ehed said, “but they just deleted us instead of telling us.” 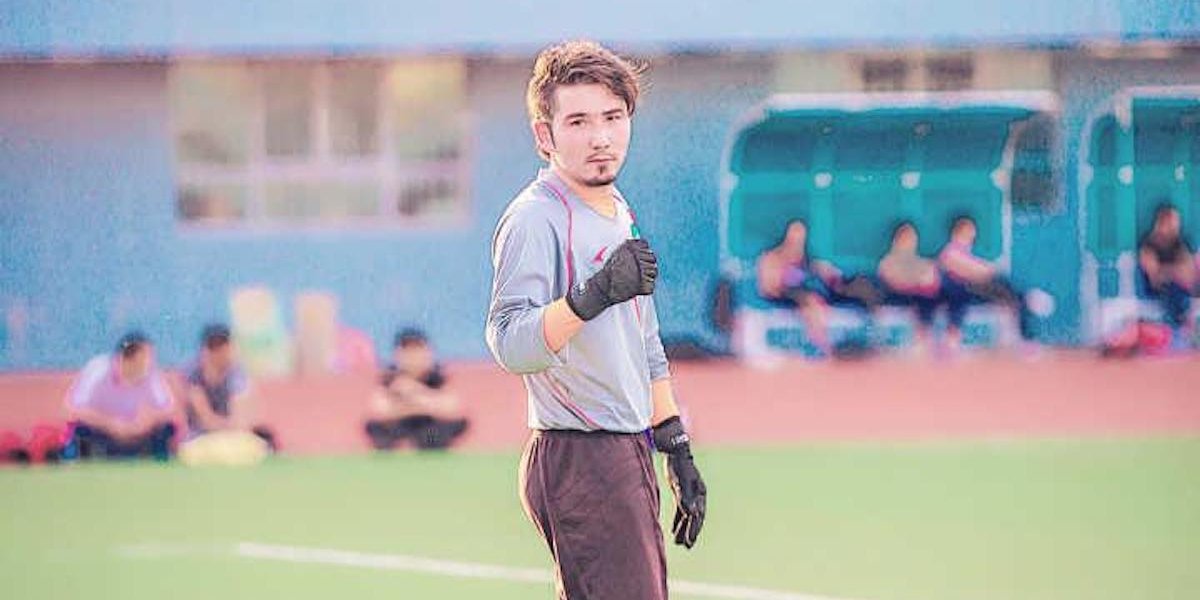 Abdul’ehed believes Ablekrem might have been rounded up because he failed to block her and other family members in Turkey sooner.

China is known to punish Uighurs for traveling to or communicating with people in Turkey. The Turkish government has for years offered a space for Uighurs to seek refuge and stage protests against China, and Beijing has threatened to tank their economic relations in response.

Read more: The mystery of a Muslim poet who may or may not be dead in a Chinese detention camp is at the center of a diplomatic crisis between China and Turkey 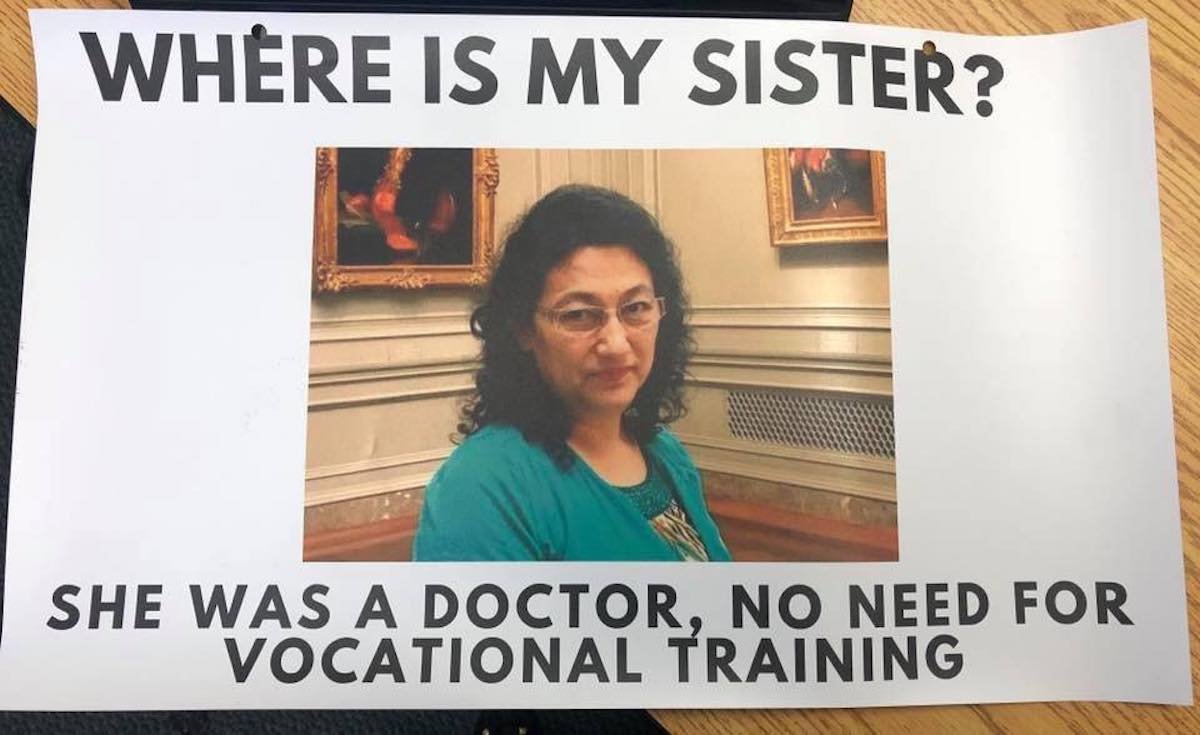 Rushan Abbas, a Uighur activist living in Herndon, Virginia, took the initiative to remove herself from her family’s life instead for fear that her activism would hurt them.

She told INSIDER: “I don’t communicate with my family because I want to protect them. I didn’t want the Chinese government to harm them because of the guilt by association, which the government does all the time.”

But that appeared not to be enough. Her sister and aunt disappeared from their homes in the cities of Urumqi and Artux last September, six days after she publicly criticized China’s human-rights record at an eventin Washington, DC. 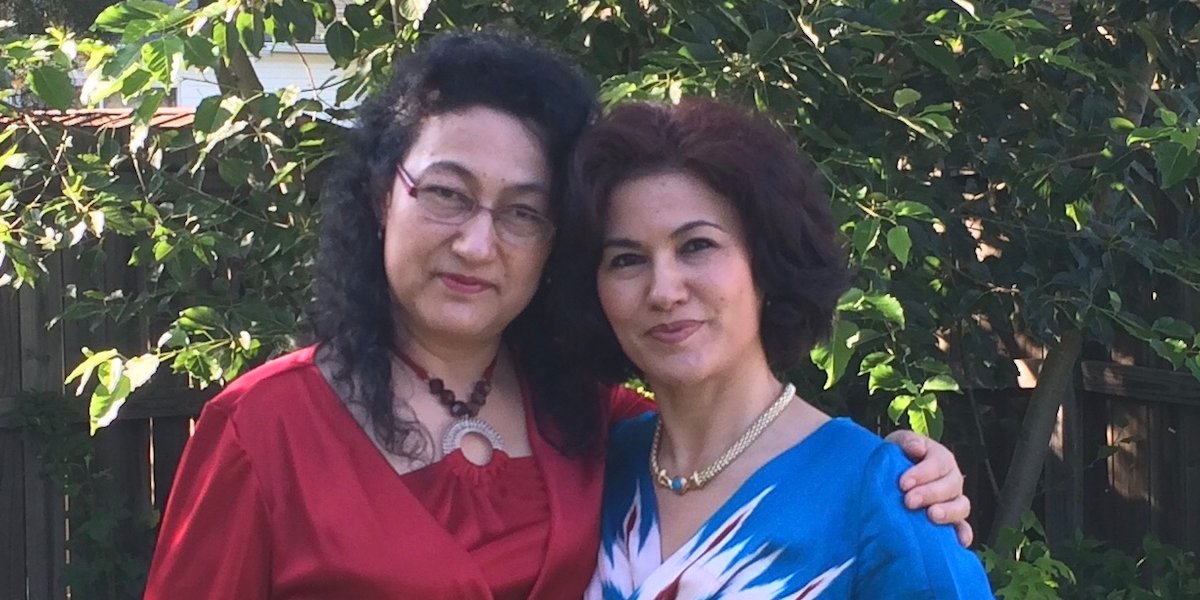 Abbas added, with her voice close to tears: “I feel terrible because we are living in the 21st century, you know? With smartphones, people all around the world can communicate. They see each other on FaceTime, using different apps. They can communicate with anybody on the world.”

“Here I am, living in America for almost 30 years — I’ve been an American citizen for 25 years — and I am doing everything under my constitution in America, as an American,” she said.

“I am expressing my opinion for what’s happening in East Turkestan,” she said, referring to an alternative name for the region. “Yet, I have to worry that the Chinese government may persecute my family because of my activism.” 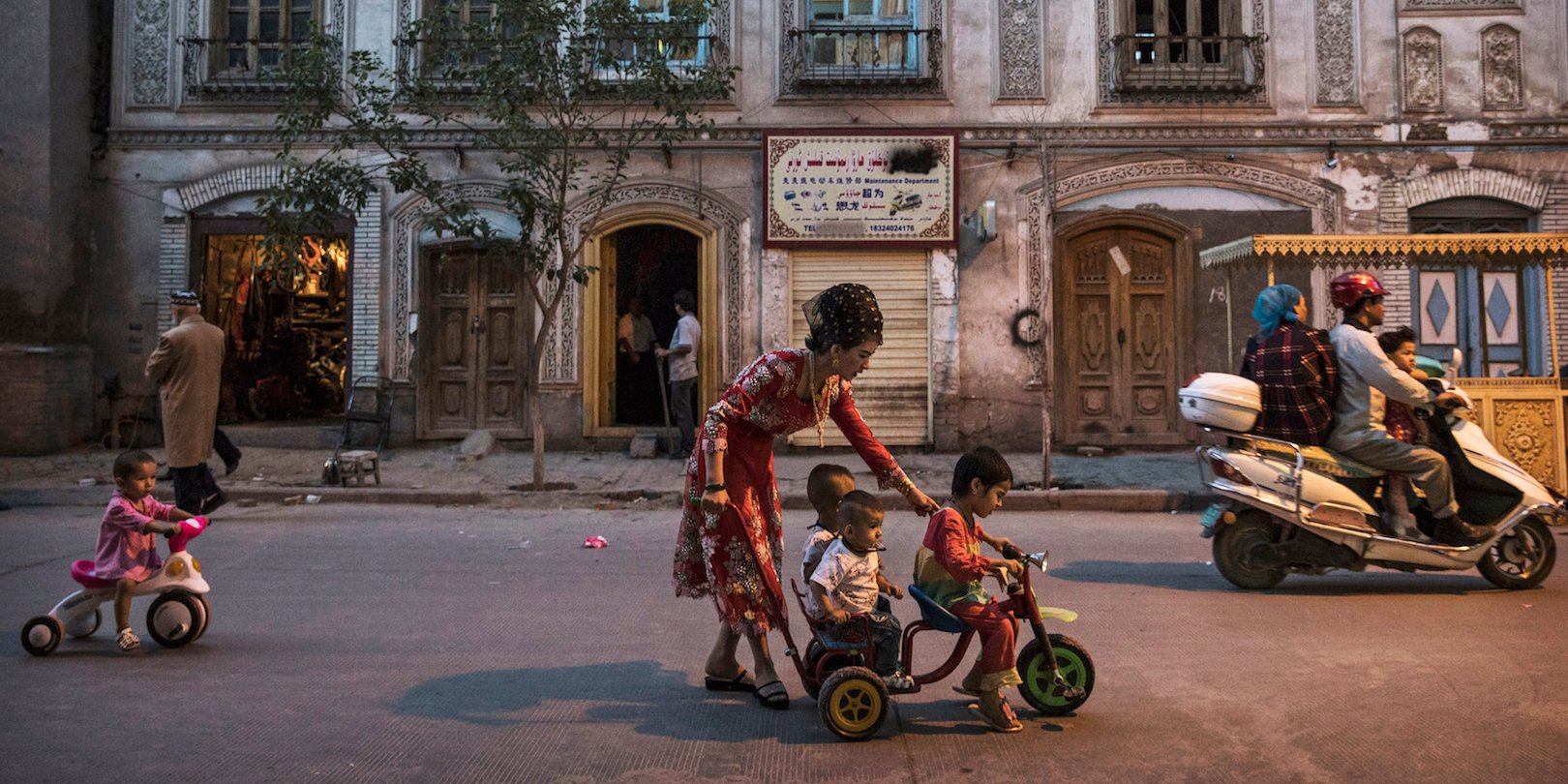 A Uighur woman pushes her children on a tricycle in Xinjiang in June 2017. It is getting increasingly hard to get news out of the region.Kevin Frayer/Getty Images

There is almost no other way to find out about Uighurs’ disappearances in Xinjiang.

The UHRP last month identified identified 338 academics, doctors, journalists, and other scholars who have vanished in Xinjiang since 2017.