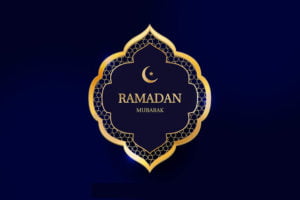 Tomorrow marks the first day of Ramadan, the holiest month for Muslims. It is a time of self-discipline, compassion, heightened devotion, and spiritual reflection. However, it is a religious practice that has been deemed criminal by the Chinese Communist Party, and therefore an Islamic pillar that cannot be upheld by any Uyghur in East Turkistan. During this month, let us not forget those people who are suffering inside those prison camps, malnourished, abused, sick, weak, and brainwashed to believe that this holy month is immoral and criminal.

Ramadan is a time for Muslims to be with their family. A luxury that many Uyghurs in the diaspora do not have. Their daily lives are riddled with distress, fear, and worry for themselves, their families, and friends. The vast amount of Uyghur youths have already been transferred out of East Turkistan into mainland China and made into slaves, dispensed to work in forced labor facilities. In the process, they are being exposed to the danger of COVID-19 that is plaguing the world. A virus that began in China and has grown into a global pandemic that threatens the lives of millions and made isolation and quarantines the new norm. A virus that China hid from the rest of the world and continues to lie about. In the interim, China is hiding behind a cracking façade which portrays them as humanitarians because they give out faulty equipment and medical supplies to foreign countries.

Uyghur women are raped and forced to marry Han Chinese men. Meanwhile, children, whose parents are imprisoned in forced labor facilities and concentration camps are placed in state-run orphanages. China is waging a war on Islam; Uyghurs are forced to forsake their religion, culture, language, and history. All signs of Islam and the Uyghur culture are banned and prohibited from being displayed and practiced. Peaceful religious practices like praying, fasting, reading the Qur’an, and even saying “As-Salaam-Alaykum” have been depicted as a form of extremism and deemed dangerous.

Islam is described as a “mental illness,” that the CCP seeks to “cure,” by placing Muslims in concentration camps and indoctrinating them with Chinese propaganda and false narratives. This is the reality for 3 million Uyghurs who are imprisoned in internment camps that the CCP is euphemistically referring to as “vocational training centers.” In addition to persecuting those who practice Ramadan in East Turkistan, China’s virus has globally altered the religious festivities associated with the holiday.

Because of this virus from China, Ramadan this year began without the Friday prayer and Tarawih at the Mosques. Muslims are unable to have broken their fast (iftar) with their families and friends. China’s proclivity to maintain policies aimed to deny, keep quiet, misinform, and punish whistleblowers is what developed the virus into a global pandemic. For years, the entire Uyghur population in East Turkistan has been denied their religious rights, especially the practice of Ramadan. Not only are Uyghurs in diaspora unable to say ‘Happy Ramadan’ to their loved ones back home, since 2017 their right to get in touch via phone or text has been relinquished to the CCP.

For Muslims, fasting reminds us of the suffering, struggle, and pain of others. We put ourselves in the shoes of those less fortunate. Therefore, we ask you to do the same. Remember the Uyghurs who are ripped away from their families, those who are persecuted for their peaceful religion, and those who continue to be prisoners with no crime.

“I ask that you don’t forget the Uyghurs during this Ramadan. I understand that with the virus, we are living through difficult and uncertain times. However, we must not forget those who rely on us for freedom and salvation. It is a fundamental right to practice one’s religion and believe in a higher power. Especially when doing so in a peaceful manner like fasting and praying. I wish everyone a prosperous, healthy, and peaceful Ramadan,” said Campaign for Uyghurs’ Executive Director Rushan Abbas.

Campaign for Uyghurs asks that, during these uncertain times which are clouded with fear and anxiety, you take a moment to acknowledge and be grateful for your blessings. We also ask that you take the time to find out more about the plight of Uyghurs and do your part for humanity and contribute to the cause. In the 21st century, we cannot stand by idly while an ethnic group is being wiped out. Keep the Uyghurs in your prayers and support the cause any way you can. Campaign for Uyghurs wishes you all happiness, peace, prosperity, and a blessed Ramadan!