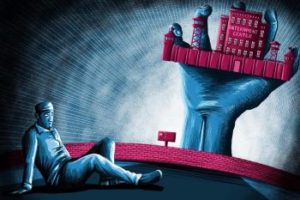 Several years ago, Ilshat Hassan contemplated buying a gun. He was receiving threats over the phone and online from people who took issue with his advocacy for the Uygur people, he says, and feared for the safety of his family.

But his wife objected, and Hassan eventually abandoned the idea. They were both scared of the possibility that the state of his mental health could one day cause him to turn the firearm on himself.

“Hurting myself,” says Hassan, an IT professional living in Virginia. “That was my concern.”

Struggling with anxiety and depression, Hassan, 58, is just one of many members of the Uygur diaspora who say their mental health is in crisis, triggered or exacerbated by the situation facing family and friends thousands of miles away in China’s Xinjiang Uygur autonomous region.