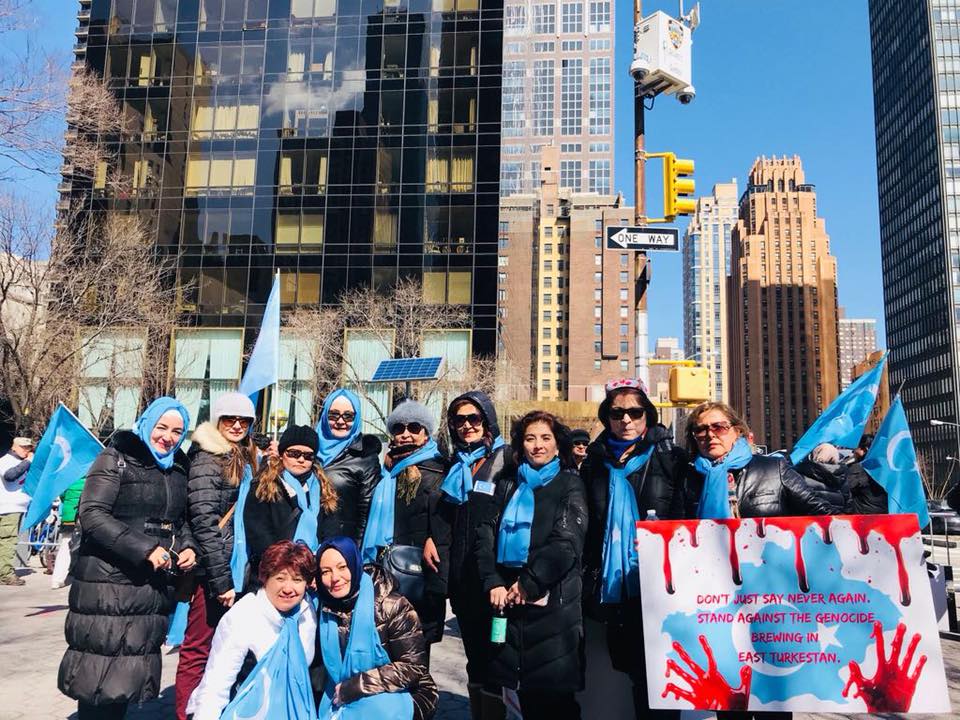 On International Women’s Day 2019, the One Voice One Step Initiative calls for women all around the world to stand together with Uyghur women in solidarity against the Chinese Communist Party’s crimes against the humanity in East Turkistan.  We would like to highlight China’s brutal repression of the Uyghur people, especially the mass arbitrary detention of millions of Uyghurs in what are essentially concentration camps.

The current situation in East Turkistan has put many Uyghur women in precarious conditions, where they face discrimination due to their ethnicity and their gender. A large number of Uyghur women have been detained in the internment camps where they are not only subjected to torture and other forms of inhuman treatment, like their male counterparts but also are at risk of sexual assault and harassment.

Testimonies from former inmates and detainees have provided evidence that women have been severely mistreated in Chinese custody and remain at significant risk of further human rights violations. Gulbakhar Jalilova, an ethnic Uyghur with Kazakh citizenship who was detained in one of the political internment camps in East Turkistan for more than a year testified that Uyghur women detainees slept in crowded cells and were only allowed to shower for two minutes at a time with limited hygiene products. She also stated that female detainees were forcibly given medications to stop Uyghur women from menstruating. Mihrigul Tursun, a 29-year-old Uyghur woman, was also held in one of the camps on three occasions. She stated that each time that she was detained she was beaten, tortured, electrocuted until she passed out. The few camp survivors who have testified publicly about their experiences have all reported similar conditions.

In addition to mistreatment in the camps, Uyghur women routinely are deprived of their rights in their everyday lives. For Uyghur women, access to health care, education, employment and participation in all aspects of the community are all suppressed by the Chinese government.

Unfortunately, Uyghur women all too often have to contend with unequal access to education, with sexual and domestic violence and other obstacles to achieving their full potential. Numerous reports have also indicated that Uyghur women have subjected to forced abortion. We cannot and will not close our eyes to this reality. We must work every day, around the world and at all levels, to raise awareness of the current Uyghur crisis and promote equal rights as well as the application of all human rights for Uyghurs.

We, therefore, urge anyone concerned with the situation in East Turkistan, to stand in solidarity with Uyghur women and call China to stop its crime against humanity. We also urge the international community and the general public to not remain silent in the face of atrocities and to stand up for Uyghurs.