Ten years ago, the Chinese government got away with such brutality and suppression in front of the entire world. What’s happening on our watch today is the continuation of the Communist government undermining the rule of law, human dignity, and western values.

Today, ten years after the Urumchi massacre, massive systematic human rights abuses perpetrated by communist China has escalated to genocide with three million Uyghurs, Kazakhs, Uzbeks and other ethnic groups waiting for death in Chinese concentration camps. Their children are sent to orphanages, where they are raised to forsake Uyghur identity and be loyal to the Chinese Communist Party. Inside of the camps, prisoners are indoctrinated with Communist Party propaganda, forced to renounce Islam and subject to torture and brutal deaths. Despite this blatant human rights abuse and vicious crimes against humanity, Beijing is set for hosting the 2022 Winter Olympics.

On May 10th, 2019, China launched its 1,000-day countdown to the Beijing 2022 Winter Olympics with a happy song and dance celebration. The 2008 Beijing Olympic was the period that China gained economic and social attention in the world and was able to create the mass surveillance structure they are now using to suppress Uyghur, Kazakh and other Turkic and other millions of innocent people. The Orwellian state was built with a prestige traditional game of unity, equality, and peacefulness. Should Communist China be rewarded with Olympic games while committing genocide against an ethnicity with racial motivations?

CFU strongly believe that China is the last country in the world to qualify with the principle of the International Olympic Committee (IOC). The IOC must acknowledge that moving forward with the 2022 Winter Olympics in Beijing is being complicit with genocide. To award a country that has three million innocent people in concentration camps with the honor of hosting the Olympics is more than being a bystander to the crime, it’s supporting it.

The IOC must safeguard the principals that the Olympics have been built upon. The Olympics is a unique international event. It is not about trade or politics. It’s not about which country has the most power, or the most money. The Olympics are about people coming together to celebrate their differences. A country that has banned cultural identity and language, banned Islam, enforced policies that sexually repress it’s women with forced abortion and erects more than 44 concentration camps to jail an ethnic group does not respect these values.

CFU calls on the international community to take concrete action to address the current atrocity that the entire Uyghur nation is facing and hold China accountable for it is actions. China must close the concentration camps and release all innocent people arbitrary being detained. 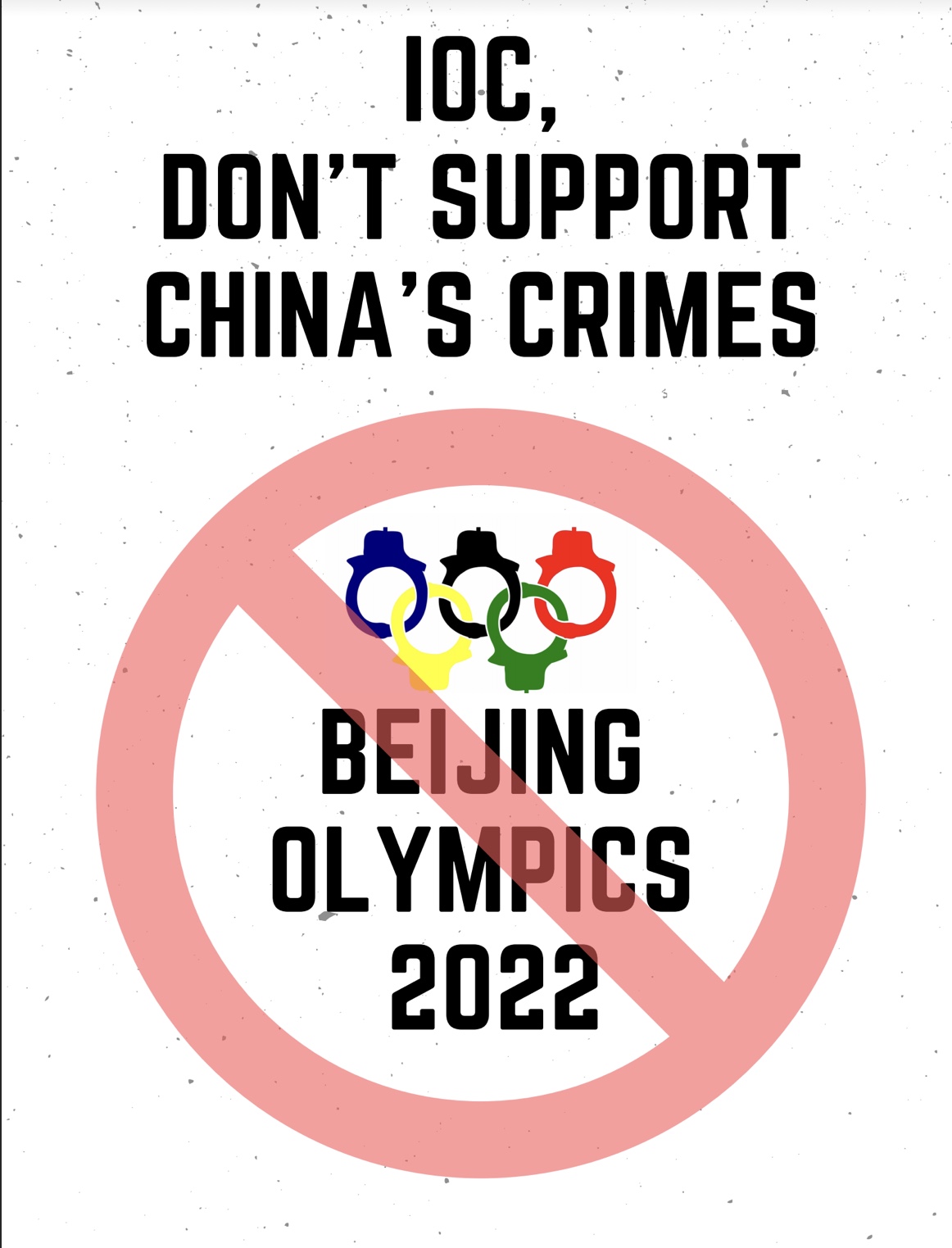