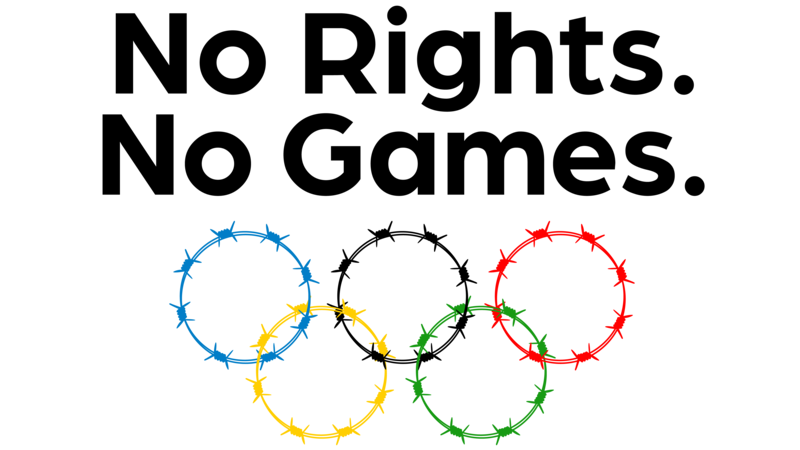 China intends to host the 2022 Winter Olympic Games in Beijing while committing what some are calling crimes against humanity with the genocidal policies in East Turkistan.  The Uyghur population, a Turkic, mostly Muslim, ethnic group, is now facing the destruction of their cultural identity as a result of deliberate Chinese policies.

Hundreds of political indoctrination (or internment) camps dotting the region hold an estimated 1-2 million Uyghurs and other Turkic Muslims in arbitrary detention to undergo ‘thought transformation’.  The centers are designed to force detainees to pledge allegiance to the Chinese Communist Party, renounce religious beliefs, discontinue the use of their mother language, and abandon their way of life. The stated spirit of the Games is one of openness and respect for universal fundamental ethical principles, placing sport, “at the service of the harmonious development of humankind, with a view to promoting a peaceful society concerned with the preservation of human dignity.”

Furthermore, belonging to the Olympic Movement requires compliance with the Olympic Charter as well as recognition by the International Olympic Committee (IOC). At present, the Chinese government is not behaving in line with the standards set out in the Charter itself and will need to radically change the course ahead of 2022.

The IOC has a clear responsibility to ensure that the Olympic Games are held in a country that respects international norms. If China maintains its internment camp policy into 2022, they are not a fit host.