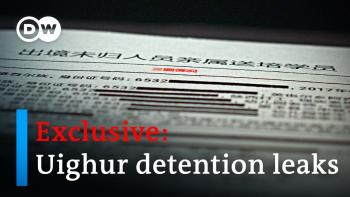 China has imprisoned as many as one million Uighurs – a Muslim minority based in the Xinjiang region in the northwest of the country. The Chinese authorities claim that the internment camps are vocational training centers set up to fight extremism and provide Uighurs with valuable skills. But DW and its German media partners NDR, WDR and Süddeutsche Zeitung received a leaked document that contradicts that narrative – and confirms what many have long suspected: that China is imprisoning Uighurs based on little more than their religion and culture. Naomi Conrad from DW’s investigative unit reports.