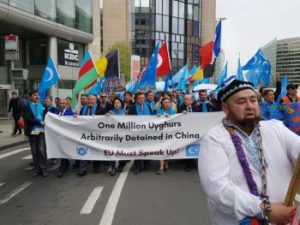 Uyghurs have been sent to more than 1,300 camps in Xinjiang in western China without trial or any legal procedure, according to Adrian Zenz, European academic and expert on China’s ethnic policies. They endure endless hours of brainwashing that “kill the memory of who they are, wipe out their separate identity, language and history … Even having a phone copy of the Koran or making a contact abroad can result in incarceration” Zenz says.

The recent leak from a courageous whistle-blower inside China’s Communist Party is important: The 403-page set of internal papers provided to the New York Times makes it more difficult for President Xi Jinping and other party leaders to avoid culpability for the mass detention of Uyghurs. Six internal party documents obtained later by the International Consortium of Investigative Journalists list draconian orders on managing the rapidly growing indoctrination camps.