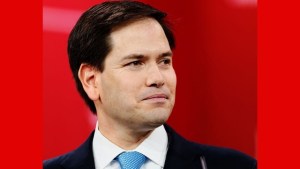 Marco Respinti – China can’t hide the crimes it commits in the Xinjiang Uyghur Autonomous Region(that Uyghurs prefer to call East Turkestan) anymore.After months of denunciations by activists, NGOs, and international organizations, a point of no return has been reached with the passing of the Uyghur Human Rights Policy Act (S.178) by the Senate of the United States of America. The decision came on September 11, and it is a major one: it’s bipartisan, it was passed unanimously, but above all, it’s the first such legislation in the world. For the first time ever, a legislative body of a sovereign nation condemns the abuses perpetrated against Muslim Uyghurs and calls to action.

Even more. The bill is literally designed “[t]o condemn gross human rights violations of ethnic Turkic Muslims in Xinjiang, and calling for an end to arbitrary detention, torture, and harassment of these communities inside and outside China.”

This means that the legislation approved by the US Senate recognizes first that not only Uyghurs are persecuted in China (up to 3 million are detained in the ill-famed transformation through education camps), but all Turkic minorities: Kazakhs, Uzbeks, Kyrgyz, Turkmen, Tatars, and others (thousands and thousands); secondly, that these Turkic people are identified as Muslim and persecuted for this reason; thirdly, that Muslim Turkic people persecuted in Xinjiang are also persecuted outside China’s borders, which is a grave international violation.

Sen. Marco Rubio (R-FL), one of the most active and proficient US Congressmen when it comes to denunciation of these abuses, co-chairman of the US Congressional-Executive Commission on China (CECC), openly calls China a “totalitarian […] government,” because of its “[…] widespread and horrific human rights abuses” and “[…] intimidation and threats against U.S. citizens and legal permanent residents (LPRs) on American soil.”

It’s definitely an unprecedented event. Very practically, the bill enacts the publication of a report by the Director of National Intelligence, in coordination with the State Department, “[…] to assess national and regional security threats posed by the  crackdown  across  Xinjiang, the frequency with which Central and Southeast Asian governments are forcibly returning Turkic Muslim refugees and  asylum seekers, and the transfer or development of technology used by the Government of the People’s Republic of China that facilitates the mass internment and surveillance of Turkic Muslims,  including technology relating to predictive policing and large-scale data collection and analysis.”

This report shall include “an assessment of the number of individuals detained in political ‘reeducation camps’ and conditions in the camps for detainees in the Xinjiang region, including whether detainees endure torture, forced renunciation of faith, or other mistreatment”; “a description, as possible, of the geographic location of the camps and estimates of the number of people detained in such facilities”; also “a description, as possible, of the methods used by People’s Republic of China authorities to ‘reeducate’ Uyghur detainees as well as the People’s Republic of China agencies in charge of reeducation”; and “an assessment of the number of individuals being arbitrarily detained, including in pretrial detention centers and prisons.”

Moreover, it “[…]  shall include an annex with a list of all Chinese companies involved in the construction or operation of the ‘political education’’ camps, and the provision or operation of  surveillance technology or operations, across Xinjiang,” then also “[…] a  list  of  Chinese  companies  and industries benefiting” from “forced labor in the camps and in regional factories for low wages under threat of being sent back to ‘political reeducation’ camps.”

While denouncing China’s efforts to intimidate Radio Free Asia (RFA) employees because of their scrupulous and precise reports on the staggering situation in Xinjiang, the bill also pleas the  Secretary  of  State  to consider  “[…] the  establishment  of  a  new  position  within  the  Department  of  State,  the  United  States  Special  Coordinator  for  Xinjiang,  who  will  coordinate  diplomatic,  political,   public diplomacy, financial assistance, sanctions, counterterrorism, security resources, and congressional reporting  requirements  within  the  United  States  Government  to  respond  to  the  gross  violations  of  universally  recognized  human  rights  occurring  in  the  Xinjiang  region.”

Finally, the text approved by the US Senate on September 11 urges the application of the “Global Magnitsky Act” (Russia and Moldova Jackson–Vanik Repeal and Sergei Magnitsky Rule of Law Accountability Act), which from 2016 allows the US government to sanction foreign officials implicated in human rights abuses anywhere in the world, and the full implementation of the Frank R. Wolf International Religious Freedom Actof 2016. Named after Rep. Frank Wolf (R-VA), it improves the ability of the United States to advance religious freedom globally through enhanced diplomacy, training, counterterrorism, and foreign assistance efforts.

Now the bill turns to the House of Representatives. If both chambers of the US Congress end up passing it, it will be the beginning of the end of the suffering of innocent people unlawfully detained in Xinjiang in millions, harassed, abused, and tortured. It will be certainly a long way, but nothing can be accomplished without the first step.