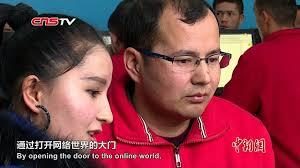 Covering a crisis from the outside is a challenging, but often necessary, job. I have never set foot anywhere near China — and yet I’ve spent much of the past year reporting on stories from inside Xinjiang, the modern-day police state in the country’s northwest. I’ve covered the Uyghur humanitarian crisis from Europe and Turkey, or by making long WhatsApp calls to Uyghurs who’ve escaped to Australia or Canada.

Naturally, I spend much of my time thinking about that silk road region in China’s far west. I think about the mostly-destroyed old city in Kashgar. I think about how the clocks in Urumqi are set to Beijing time, even though it’s several time zones to the west. I think about the yawning silence – how the air feels when at least a million Uyghurs have been disappeared into concentration camps. I think about the apricots: one Uyghur source told me those in Xinjiang are the sweetest she’d ever had. She believes she’ll never taste one again. I wonder, perhaps selfishly, if I will one day — because of my reporting, it also seems unlikely.

READ THE FULL ARTICLE AT .CODA