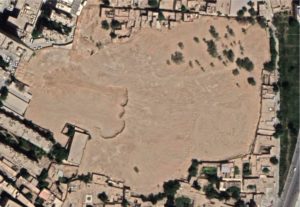 In China, every day is Kristallnacht.

Eighty-one years ago this week, in what is also known as the “Night of Broken Glass,” hundreds of synagogues and Jewish cemeteries in Nazi Germany were damaged or destroyed, along with thousands of Jewish-owned businesses. It was in a sense the starting gun for the genocide that culminated in the extermination camps of Auschwitz, Sobibor and Treblinka.

In western China, the demolition of mosques and bulldozing of cemeteries is a continuing, relentless process.

In a cultural genocide with few parallels since World War II, thousands of Muslim religious sites have been destroyed. At least 1 million Muslims have been confined to camps, where aging imams are shackled and young men are forced to renounce their faith. Muslims not locked away are forced to eat during the fasting month of Ramadan, forced to drink and smoke in violation of their faith, barred from praying or studying the Koran or making the pilgrimage to Mecca.