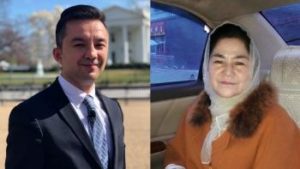 By The World staff

The US House of Representatives passed the Uyghur Human Rights Policy Act on Tuesday. It demands that the White House take a tougher stance opposing the mass detention of ethnic Uighurs in western China. And it calls for additional sanctions on Beijing over the forced detentions of up to 2 million Uighurs, most of whom are Muslim, in “re-education” camps. The bill now goes before the Senate.

In response, China’s government is lashing out at the US. China’s Foreign Ministry says the legislation “wantonly smeared China’s counter-terrorism and de-radicalization efforts.”

Uighur activists disagree. Among them is Ferkat Jawdat. He’s a Uighur American who lives and works as a software engineer in Virginia.

READ THE FULL ARTICLE AT PRI