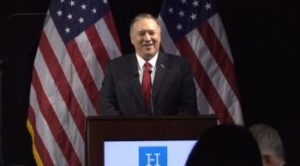 The United States remains deeply troubled by multiple reports that the government of the People’s Republic of China (PRC) has harassed, imprisoned, or arbitrarily detained family members of Uighur Muslim activists and survivors of Xinjiang internment camps who have made their stories public.  In some cases, these abuses occurred shortly after meetings with senior State Department officials.

On behalf of the Department of State, I want to express our sincere condolences to the brave individuals and their families who have been directly impacted by the Chinese Communist Party’s campaign of repression, including Ferkat Jawdut, Alfred Erkin, and Zumrat Dawut.  Most recently, Ms. Dawut learned her elderly father, who was reportedly detained and interrogated multiple times by Chinese authorities in Xinjiang in recent years, recently passed away under unknown circumstances.

The courage of Uighur advocates to speak out is vital to unearthing the truth about the PRC’s abuses of human rights, including repression of freedom of religion.  We once again call on Beijing to cease all harassment of Uighurs living outside of China, to release all those arbitrarily detained, and to allow families to communicate freely without repercussions.