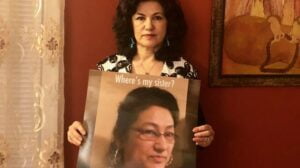 Rushan Abbas holds up a photo of her sister, Gulshan Abbas, in a photo posted to social media on Feb. 12, 2019.

Gulshan Abbas, a Uyghur doctor from northwest China’s Xinjiang Uyghur Autonomous Region (XUAR) who went missing after her Washington-based sister spoke out against Beijing’s policies in the region, has been sentenced to a lengthy prison term on charges of “terrorism,” family members said Wednesday.

Gulshan Abbas, a retiree who formerly worked at the Nurbagh Petroleum Hospital in the regional capital Urumqi, disappeared along with an aunt in September 2018.

Her disappearance came days after her sister Rushan Abbas, who formerly worked for RFA, took part in a panel on China at the Hudson Institute in Washington exposing conditions in the XUAR’s network of internment camps, where up to 1.8 million Uyghurs and other Muslim minorities are believed to have been held since April 2017.

On Wednesday, Rushan Abbas and her niece, Gulshan Abbas’ Virginia-based daughter Ziba Murat, announced that they had learned the retired doctor was secretly tried, likely in retaliation for her sister’s advocacy with her rights group, Washington-based Campaign for Uyghurs (CFU), which Beijing has labeled a “terrorist organization.”

Gulshan was found guilty and sentenced to 20 years in prison, her relatives said, during a press conference jointly held by the bipartisan and bicameral Congressional-Executive Commission on China (CECC) and CFU.

“We were recently notified by an informed source with access to sensitive information that my mother, Dr. Gulshan Abbas, was sentenced by the Chinese regime in March of 2019 to 20 years in prison on terrorism-related charges,” Mural said, noting that her family had inquired to Beijing about her mother’s fate for more than two years without any response.

“My mom is a medical professional, a nonpolitical kind of person who has spent her life helping people. The charges against her are preposterous, [as well as] the lack of any evidence or media coverage, the fact that the trial was closed and the highly unusual speed [of the hearing].”

Murat said her mother’s arrest, detention, trial and sentencing “prove the lies” of the Chinese government that it is a country that respects the rule of law and human rights.

“It is unacceptable that the regime which promotes itself as a legitimate government to the international community will jail loyal citizens without cause, without [providing] news [about their situation for] more than two years,” she said.

“My mother’s treatment at the hands of the Chinese government is further evidence of the Chinese regime’s determination to eliminate Uyghur professionals and intellectuals, striking another blow at the survival of the Uyghur culture.”

Murat demanded that Chinese authorities release her mother unconditionally and allow her to leave China to join her family in the U.S. to seek medical attention for health conditions that include high blood pressure, issues with her sight, and severe osteoporosis and back pain.

“We hereby make clear to the Chinese authorities that we will not stop, we will not be silenced and will continue to bring to light their crimes against our family,” she said.

Murat also called on the U.S. government, the United Nations, and like-minded governments to further the cause of the Uyghur people and “ensure that justice prevails.”

“It’s clear that our mother has been punished for her family members’ advocacy in the United States on behalf of the human rights of all people,” she said.

“The cruel treatment of my fragile mother is a direct retaliatory action and nothing more. Her case must be raised by the U.S. government as essential to any dialogue with the Chinese government.”

‘Failing as citizens of the world’

Rushan Abbas said that Beijing is taking the family members of U.S. citizens “hostage to punish them for actions performed in the United States as lawful citizens.”

“The thought of my peaceful, kind and fragile sister spending 20 years in a Chinese dungeon because of my activism … is impossible to bear,” she said.

“We have committed to working to defend people’s rights and advocate for justice. And now my sister is denied justice as a punishment.”

She called on the international community to do more to hold China accountable for its abuses in the XUAR, where Uyghurs regularly face state-sponsored discrimination and are restricted from practicing their religion, using their own language, and preserving their culture.

Other reports suggest that Uyghurs are being transferred from internment camps to forced labor situations to avoid international scrutiny of the extralegal penal system the Chinese government refers to as voluntary “vocational centers,” and that Uyghur women are regularly subjected to “family planning” policies that include forced abortions and sterilization.

“[To] the Chinese regime, I say again what I have said for over two years now, ‘free my sister.’ Your stupidity and lack of morals has caused the word ‘China’ to be associated only with crimes against humanity. You will fail in your quest for domination.”

On Thursday, Chinese Foreign Ministry spokesperson Wang Wenbin told a regular press briefing in Beijing that Gulshan Abbas “was sentenced to jail by Chinese judicial authorities for crimes of participating in a terrorist organization, aiding terrorist activities and assembling crowds to disrupt social order.” Wang did not provide any details of her sentencing.

He said that China is “a country with rule of law, where criminals must be held accountable,” and urged U.S. politicians to “respect facts, stop making lies to smear China, and stop interfering in China’s internal affairs under the pretext of Xinjiang-related issues.”

In the 27 months since her disappearance, the U.S.-based family members of Gulshan Abbas—who include two other siblings and two daughters—have worked relentlessly to determine her whereabouts and why she may have been targeted by authorities.

Calls to friends, relatives, and local authorities in the XUAR have yielded little information, as have several letters to the Chinese Embassy in Washington.

In June, RFA’s Uyghur Service spoke with a Han Chinese employee of the Nurbagh Petroleum Hospital’s ruling Communist Party Cadres Office who confirmed that Gulshan Abbas had been detained, although she was unsure of why or where the retired doctor had been taken. 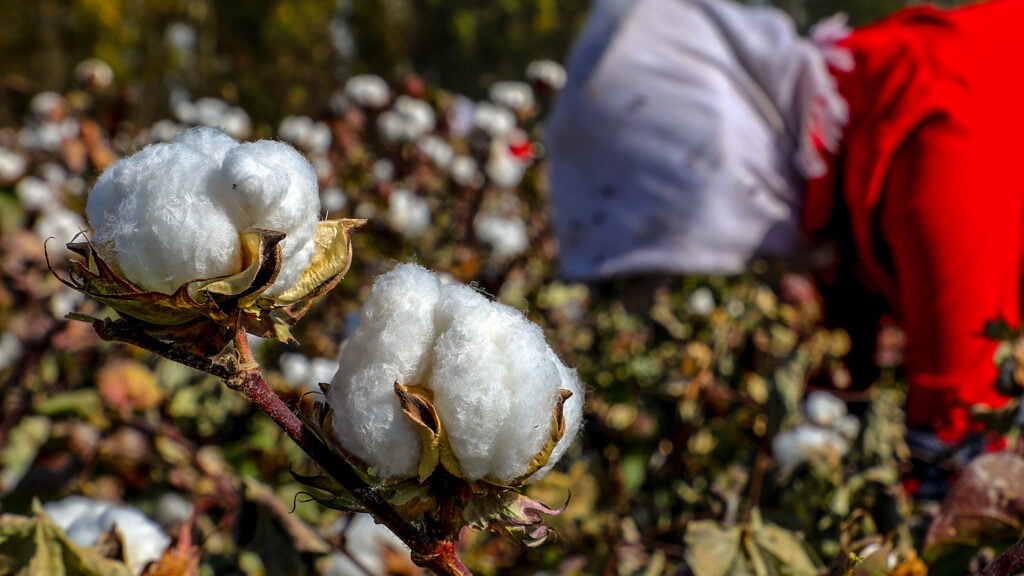 The revelation comes as Washington grapples with its response to China’s policies of mass incarceration, forced labor and other forms of repression in the XUAR.

The move, which marked the first time Washington had sanctioned a member of China’s powerful Politburo, followed Trump’s enactment in June of the Uyghur Human Rights Policy Act of 2020 (UHRPA), which passed nearly unanimously through both houses of Congress at the end of May.

The legislation highlights arbitrary incarceration, forced labor, and other abuses in the XUAR and provides for sanctions against the Chinese officials who enforce them.

Congress may soon reintroduce legislation which would prohibit imports from the XUAR to the U.S. amid the growing evidence that internment camps in the region have increasingly transitioned from political indoctrination to forced labor, with detainees being sent to work in cotton and textile factories.

The Uyghur Forced Labor Prevention Act, which was introduced in March and passed by the House of Representatives but was never brought to the floor by the Senate, would block imports from the region unless proof can be shown that they are not linked to forced labor.

Several multinational corporations who use materials from the XUAR in their supply chains have lobbied against the legislation, saying that while they condemn forced labor in the region, it could disrupt their businesses.

In March, the CECC named several companies suspected of having ties to forced labor in the XUAR, including Adidas, Nike, Calvin Klein, Tommy Hilfiger, H&M, Patagonia, and Costco.

Speaking during Wednesday’s press conference, Representative Chris Smith, an outspoken lawmaker on the Uyghur issue, said he has “no doubt that [the Uyghur Forced Labor Prevention Act] will pass again in the House” and noted that Senator Marco Rubio, co-chair of the CECC, “is pushing hard for it” in the Senate.

CECC co-chair and architect of the URHRPA Representative James McGovern said he plans to reintroduce the forced labor legislation to the House and push for a vote “at the earliest possible time” in the next Congressional session.

“We will be able to move this quickly in the house,” he said.

“I also believe that if a Senate leadership allows there to be a vote, this will pass in the Senate. And I think it is right to point out that there are some business interests that are trying to weaken or undermine it, but they will not succeed.”