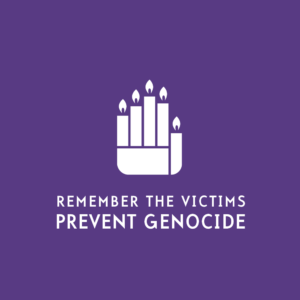 Today marks International Day of Commemoration and Dignity of the Victims of the Crime of Genocide and the Prevention of this Crime. This is an occasion meant to remember the worst of human nature and to commit to the prevention of repeats. Campaign For Uyghurs (CFU) calls attention to the opportunity the international community has to reduce another disastrous stain on human history. The genocide of the Uyghur people has not yet reached the point of commemoration as it is active and there is a chance to stop it from progressing further if the International entities act quickly. CFU asks the U.S. administration to take swift action regarding atrocity determination.

As the Canadian Parliament has already made such a determination, the United States should join in taking the appropriate action. Labeling the atrocities as what they are is a vital part of creating the precedent necessary to stop them. A bipartisan resolution to designate the atrocities as genocide has already been issued in the Senate by Senators Cornyn and Menendez, and we call on more senators to join in supporting this action.

Campaign For Uyghurs has been among the first to call the crimes against the Uyghurs as genocide. In July of this year, CFU released its genocide report outlining how the conditions of genocide are being met in the actions of the Chinese regime. CFU Executive Director Rushan Abbas observed that “The increasing action on the part of some nations and politicians indicates a growing awareness of the realities of the depths of the Chinese Communist Party’s crimes against humanity but mere words are not enough and decisive action needs to be made swiftly before it is too late.” It is the earnest hope of Campaign For Uyghurs to see the United Nations and other bodies fulfill their duties to the world and to stop the criminal responsible for normalizing slavery and genocide in the modern age.