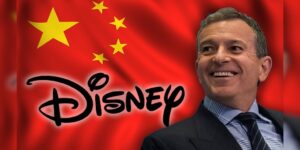 Campaign For Uyghurs (CFU) has been pleased to hear the language used by President-elect Joe Biden referring to the atrocities against Uyghurs by the appropriate name: genocide. The incoming administration’s commitment to show continuous support for the Uyghurs against the CCP’s crimes against humanity means so much to Uyghurs across the world.

In keeping with this commendable acknowledgment, we request that the Biden administration choose the next appointment for the U.S. Ambassador to China in line with this reality. The news that Robert Iger, Chairman of Disney, is reportedly being considered, is greatly distressing to the Uyghur community and human rights activists worldwide. Bringing on Susan Rice and possibly Ted Sarandos, in spite of their work with Netflix, is also incredibly concerning. Netflix was hostile to inquiries regarding their deal with Liu Cixin, a Chinese science fiction author who used his public platform to defend the genocide of the Uyghurs.

We respectfully ask that President-elect Biden clarify his position regarding Disney and Netflix’s complicity in Uyghur genocide denialism.

Constant controversy surrounded his company due to the choice to film Mulan in a region where active genocide is occurring, as well as their decision to thank the Chinese Public Security Bureau in the credits of the film. This makes this appointment beyond just inappropriate. It signals to both China and the rest of the world that the United States values the dollar more than human rights, as well as communicates to Uyghurs that their lives are of absolutely no value. Disney has remained unrepentant regarding its actions and has even refused meetings with human rights activists who wanted to discuss repairing the damage done. This also followed controversy regarding actors on the film publicly expressing support for the Chinese regime’s crackdown on the pro-democracy movement in Hong Kong.

Campaign For Uyghurs will not stop raising the name of Disney in connection with this genocide unless executives at Disney change their course and take decisive action against the genocidal regime in China.  CFU sincerely hopes that the Biden administration will make more appropriate choices for roles in the new administration, keeping a commitment to global human rights at the center.