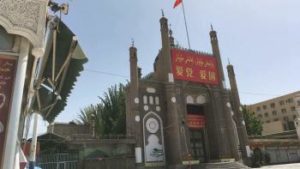 During the early 1980s, in the villages surrounding Hotan, a city in the Uyghur region in western China, residents worked diligently to raise funds and construct new mosques. In a brief period of loosening restrictions following the devastation of the Cultural Revolution, faithful Uyghurs eagerly took up the opportunity to build and restore places of worship. However, by 2014, with new Chinese President Xi Jinping in power, those who contributed began to be rounded up and placed into internment camps.

Abliz Haji, who managed the voluntary contributions for the construction of a mosque near Hotan, was arrested in 2015. Under torture, he was forced to give up the names of people who had made donations. He refused and was handed a 10-year prison sentence. The Chinese government is now bulldozing mosques, such as the one in Abliz’s village, across East Turkestan.