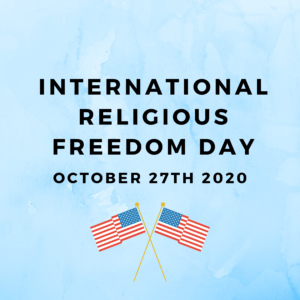 On this day, Campaign for Uyghurs commemorates with somber resolve the 22nd anniversary of the 1998 International Religious Freedom Act (IRF Act). This act was a significant action on the part of the United States to make promoting and defending international religious freedom a prioritized part of U.S. foreign policy.

On this day we also call to remember those Uyghurs who are not only suffering without the ability to practice their religion but are also facing an active genocide because of their race and religious beliefs. As they suffer under a regime that has declared Islam a mental illness and something that needs to be “cured”, we also affirm the truth that refusing to allow human beings the right to their choices will go hand and hand with more severe human rights abuses. We recognize that human beings will always choose to worship, whether it be God, self, or man. Under the Chinese regime, worship of the State is demanded from the CCP, and Xi Jinping is treated as an ultimate authority. As such, any other worship threatens the Communist Party and is treated as something to be forcefully eliminated.

While freedom of religion is in the Chinese Constitution, like so many agreements and laws in China, this can be applied however the current leaders see fit, and under Xi Jinping, targeting Islam has become a convenient way to push the Belt and Road Initiative. As such, we see that lack of protection for religious freedom leads to exploitation and abuse by those in power who are led by personal gain and bias.

In recognition of this important day, CFU Executive Director Rushan Abbas stated, “As an Uyghur American thankful to be living where I myself have the right to practice my beliefs, I am tormented daily thinking what Uyghurs are facing in East Turkistan. May this anniversary strengthen our resolve to fight for the freedoms and human dignity of all to be able to choose their beliefs, as our resolve to end the genocide of Uyghurs under the oppressive Chinese regime remains steadfast.”

Campaign for Uyghurs calls on all nations to end complicity in this brutal elimination of ethnic and religious identity leading to active genocide and Uyghur forced labor. For the good of all humanity, regardless of belief, freedom for all must be preserved.