CFU’s Rushan Abbas attended the round table talks with the Congressional-Executive Commission on China, discussing the topics of “Global Supply Chains, Forced Labor, and the Xinjiang Uyghur Autonomous Region.” Members of the round table discussed China’s robust manufacturing system which uses the forced labor of Uyghurs, Kazakhs, Kyrgyz, and other Turkic Muslims to produce goods that are exported to global markets, including those in democratic territories like the U.S. and Europe.

It was a powerful and dynamic panel consisting of Rushan Abbas, Scott Nova: Executive Director of the Worker Rights Consortium, Shelly Han: Chief of Staff and Director of Engagement at the Fair Labor Association and Jeffrey Vogt: Rule of Law Director at the Solidarity Center.  Representative James P. McGovern: Chair of the CECC and Senator Marco Rubio: Co-chair of the CECC introduced the new bipartisan and bicameral legislation which addresses the concerns of goods manufactured with forced labor being imported into the U.S.market from the Uyghur region.  This legislation is a critical step taken by United States lawmakers in fighting China’s human rights violations against the Uyghurs. If passed as a law, it would legally require importers to obtain documentation from the U.S. government that would function as proof that goods imported into the U.S. market are not procured by means of forced labor from the Uyghur region. SenatorRubio and Representative McGovern strongly condemned China’s human rights violations and stressed the need for immediate change in the commercial sector. 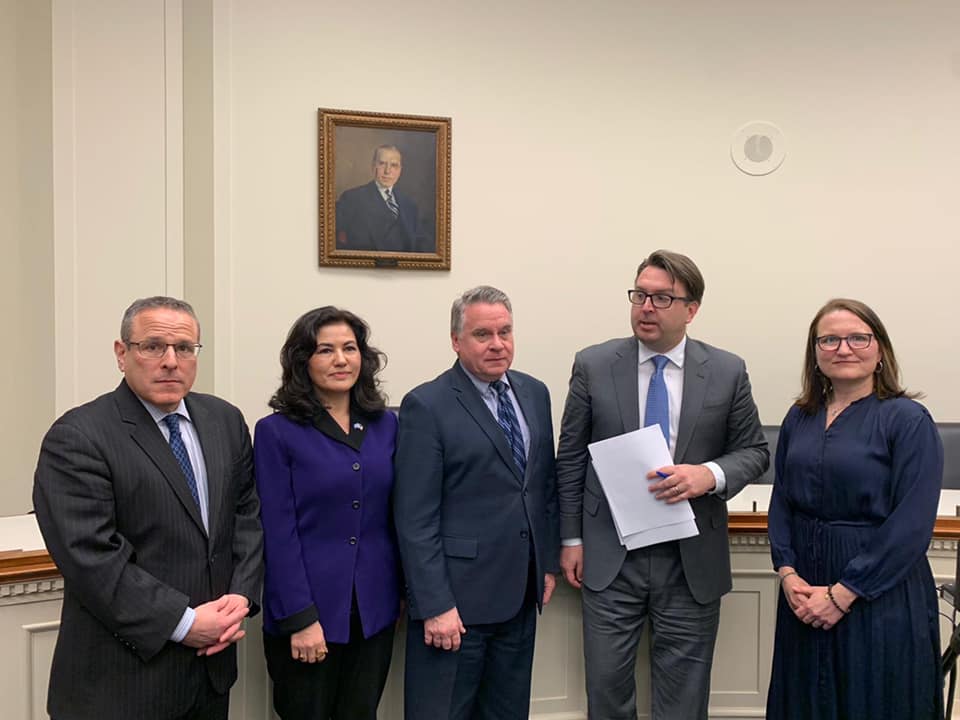 Specifically, for businesses to cease acquiring production materials and goods manufactured from the XUAR region, which are irrefutably made with forced labor. While due diligence is technically carried out, the CECC emphasizes that not only are these processes inaccurate due to Chinas stronghold of the XUAR region but are extremely harmful as they create a smokescreen for the true horrors taking place in these factories. Meaning, due to fraudulent due diligence, companies that are supplied goods from China are ignorant of the byproduct of their business done with Chinese manufacturers.   Therefore, this bipartisan unity displayed in the creation of this legislation is indispensable in the fight against the genocide taking place at the hands of the Chinese government. In particular, displayed from a leading power such as the United States.

Congressman Tom Suozzi underlined the significance of this legislation by declaring “the Uyghur Forced Labor Prevention Act is so important because it’s the only thing the Chinese government will recognize if we prevent them from continuing to export these goods using forced labor into our marketplace.”

China’s use of slave labor for the production of goods makes well-known companies such as Nike, Costco, Calvin Klein, GAP, L.L. Bean and H&M complicit in China’s human rights violations. During the panel discussion, Rushan Abbas stated, “When my sister Dr. Gulshan Abbas was taken by China, I had no idea that my search for her would involve finding out U.S. companies are so shockingly complicit in disappearances,” following up with a chilling question directed at these globally renowned companies, “Are you complicit in China turning a doctor into a textile worker as a forced laborer in your factories?”

The roundtable is available on the CECC’s YouTube channel.