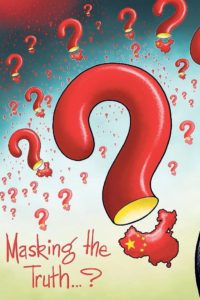 For Immediate Release
Campaign for Uyghurs (CFU)
May 7, 2020
Contact: contact@campaignforuyghurs.org

CFU is extremely troubled by some of the apathetic responses towards the Chinese Communist Party’s Covid-19 coverup. As the evidence continues to mount against the Chinese government, the American people should be united in recognition of the truth that the Chinese Communist Party is guilty of crimes against humanity in both their domestic persecution of Uyghurs and many other peoples and their lack of concern for the international community as a whole. According to news reports, while the international community is concentrating on managing the Covid19 pandemic, the Chinese authorities are rapidly moving Uyghurs out of their homeland and offering them up as slave labor for China’s economic advances.

Reports continue to surface on several other troubling trends: the harsh sentencing of Chinese citizens who dare to criticize the government, that Beijing is requiring hospitals to open in-house funeral homes in order to be able to hide bodies, and that volunteer organizations in China have come under fire from the Chinese Communist Party as they are accused of leaking accurate figures on Covid19 infections and deaths to the American government.

CFU condemns the Chinese Communist Party and President Xi Jinping for their continuous efforts to conceal the truth. A country with no accountability for its international deception will never let the Uyghurs, religious minorities, academics, or any other person who dares to question the status quo, ever be free. CFU calls on the people of the United States to stand in defense of the principles of democracy and demand transparency from China that the global community deserves.