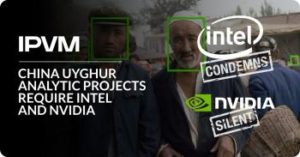 At least 8 PRC China police projects require NVIDIA and Intel chips to power their Uyghur-detecting analytics, according to procurement documents found by IPVM.

Intel promptly condemned the usage while NVIDIA remains silent to IPVM inquiries. Intel told IPVM it had no idea about this and condemned human rights abusing applications of their products, adding that it did not always have control over where its chips end up. NVIDIA, which has heavily promoted Tesla GPUs for PRC smart cities in the past, did not respond to repeated requests for comment from IPVM.

Meanwhile, the PRC government has increasingly promoted the use of its own domestic chips, in sharp contrast to the ongoing requirements for US chips in these video surveillance projects.

READ THE FULL ARTICLE AT IPVM