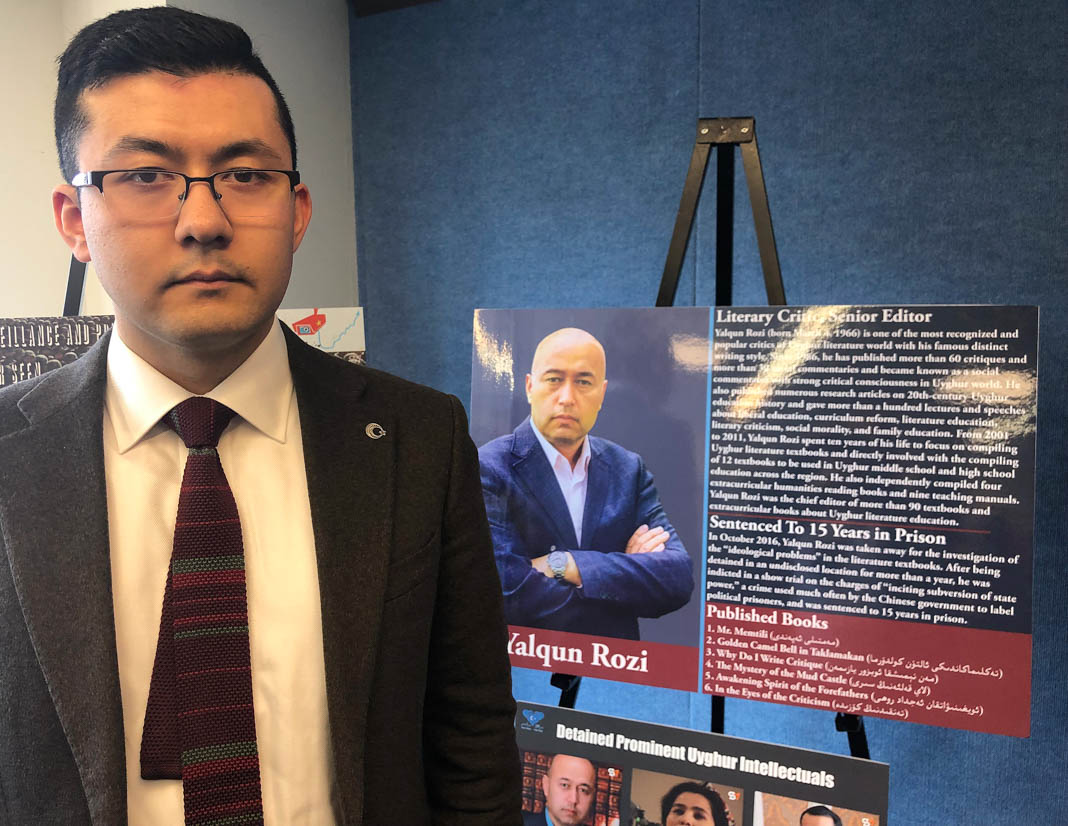 Yalqun Rozi dedicated his life to Uighur literature and education. As an author, lecturer and academic, Yalqun edited and compiled more than 100 textbooks on Uighur culture. He was one of the leading Uighur public intellectuals ensuring that his culture and traditions were preserved and carried on through the generations.

Chinese officials confirmed in 2018 that Yalqun Rozi had been imprisoned for “inciting subversion of state power.” His son says it was for supporting Uighur culture.

His father edited Uighur humanities textbooks, published articles about Uighur culture, and helped develop the Uighur curriculum for schools. Working on Uighur textbooks was taken as “evidence of ideological problems” in 2016 when Chen Quanguo was appointed the Communist Party Secretary of Xinjiang Uighur Autonomous Region, Kamaltürk said. “My father, [along with] the whole textbook compiling company, was arrested.”

“We didn’t know where he was taken because he was arrested without charges,” he said. Kamaltürk was in Washington to attend the “Exposing China’s Concentration Camps” exhibit at the National Press Club to help raise awareness about the situation in Xinjiang and tell his father’s story.

An ongoing campaign to suppress culture

As part of its ongoing suppression of ethnic minorities, the Chinese government has imprisoned more than 1 million Uighurs, ethnic Kazakhs and other Muslim religious minorities.

In response to global criticism, the Chinese government has claimed that the camps are vocational schools, necessary to educate Xinjiang’s residents in the Chinese language and laws to prevent and combat the spread of terrorism and religious extremism.

But the arrest of Yalqun and hundreds, if not thousands, of intellectuals like him shows that the government is not concerned with employment, but rather with stamping out ethnicity. This cultural eradication can be seen in the recent banning of the Uighur language in schools, the compulsory memorization of Chinese Communist Party slogans by Uighur prisoners, and forced adoption of Chinese dietary and religious practices.

Kamaltürk said he and others are trying to create outside pressure on China “to make them stop these concentration camps.”

“Stopping [China’s] concentration camps and arbitrary detention is” what is most important, he said.

Internal Chinese government documents back up Kamaltürk’s view. Official documents, examined by AFP, say the purpose of the camps is to “break their lineage, break their roots, break their connections, and break their origins.”

The Chinese government is “trying to eliminate our culture and assimilate us,” Kamaltürk said. “They are just trying to terrorize Uighur people, creating psychological trauma to break their will.”