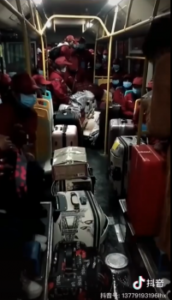 In light of the COVID-19 outbreak that started in Wuhan, China there has been heightened scrutiny of the country’s questionable business practices and allegations of basic human rights violations.

According to a new report by the Australian Strategic Policy Institute, a non-partisan think tank, China’s been accused of forcing Uyghur Muslims to work at factories that produce goods for well-known global companies including Apple, Nike, BMW, Samsung, Sony and Volkswagen.

The Chinese government has previously been condemned for their practice of detaining an estimated million people, most of them Uyghurs, in internment camps. These so-called camps are basically prisons for the Uyghurs. The people are held involuntarily and subjected to forced ideological and behavioral re-education.

READ THE FULL ARTICLE AT FORBES