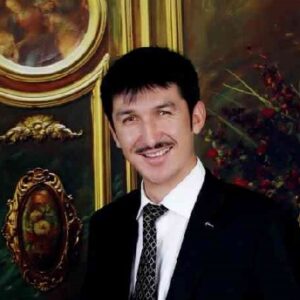 Campaign For Uyghurs (CFU) is infuriated to hear of the sentencing of Ahmetjan Juma, an academic and translator who faithfully served society and contributed greatly to the community. News on the 14 year prison sentence was confirmed by Radio Free Asia. Ahmetjan is well-respected by his colleagues, his sentencing affirms the destructive, genocidal intentions of the Chinese regime in targeting Uyghur intellectuals or anyone who preserved Uyghur culture and language, or who are thought leaders in society, such as Ilham Tohti, Yalqun Rozi, and Dr. Rahile Dawut.

Speaking on Ahmetjan and the false charges against him, his brother, Memetjan Juma, Deputy Director of Uyghur service at Radio Free Asia stated, “My brother, like many Uyghur intellectuals, has an infallible reputation. He is very collected, honorable, principled, and a loving father.” He continued to say that the accusation against him of possessing extremist literature “is baseless and bogus at its best. Because of my work at Radio Free Asia (RFA), our family has been targeted by Chinese police for many years. I am confident he is being punished for my work.”

This type of retaliatory action is characteristic of the Chinese regime. Uyghur families continue to pay the price for the CCP’s futile efforts to hide their crimes. Ahmetjan’s son is 4 years old and has spent most of his life without his father. Should Ahmetjan be released, he will be an adult. This type of injustice is immeasurably cruel. The pain inflicted on Uyghur families is demonstrated yet again with this case of another innocent family torn apart. It should serve as a wakeup call to those who would still choose to defend the Chinese regime.

CFU Executive Director Rushan Abbas remarked on the news, recalling receiving news of the sentencing of her own sister, retired medical doctor Gulshan Abbas. “Yet again, the peaceful friends of humanity are targeted by the brutal Chinese authorities. When innocent people like Ahmetjan Juma continue to be punished for their ethnic identity, how can the international community continue to treat China as worth maintaining a status quo with?” She continued to say that “The IOC and other organizations who continue to hide behind phrases of wanting to remain politically neutral should note: they have taken the very political side while innocent civilians are targeted by the Chinese regime in a genocide.”

As Memetjan Juma said of his brother’s situation, “It is heartbreaking. Ahmetjan is innocent, and Chinese authorities know it. The regime must end its unjust practice of incarcerating Uyghur intellectuals and release them unconditionally.”