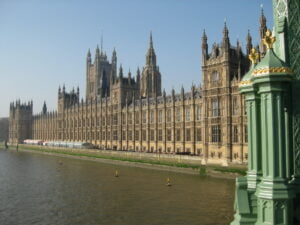 While the motion is non-binding, it sends a message that the UK Parliament is joining its allies and acts as a condemnation of the Chinese regime. Despite the disinformation and attacks spread by the CCP ahead of the vote, the motion had support from all parties.

The vote comes after coordinated sanctions against CCP officials who are involved in the Uyghur genocide and the retaliatory sanctions placed by the regime on UK lawmakers. Conservative MP Nus Ghani, who has been a strong supporter of the Uyghurs, said “All five criteria of genocide are evidenced as taking place in Xinjiang.”

CFU Executive Director Rushan Abbas said “this recognition of the genocide by the UK Parliament is a strong step, but we must continue to push the UK government and its allies to take stronger action. The Uyghur people are facing an existential threat and have been waiting too long for the international community to see their plight and take action against the horrendous crimes of the CCP.” Abbas testified in the Foreign Affairs Committee for UK Parliament on April 13, 2021, about the ongoing genocide and her sister, Dr. Gulshan Abbas, who was imprisoned in retaliation by the CCP.

CFU urges the UK government to officially recognize the Uyghur genocide and to take greater action and increase cooperation with their allies to enact multilateral policies to help end the ongoing atrocities that are being committed by the CCP against Uyghurs and other Turkic peoples.