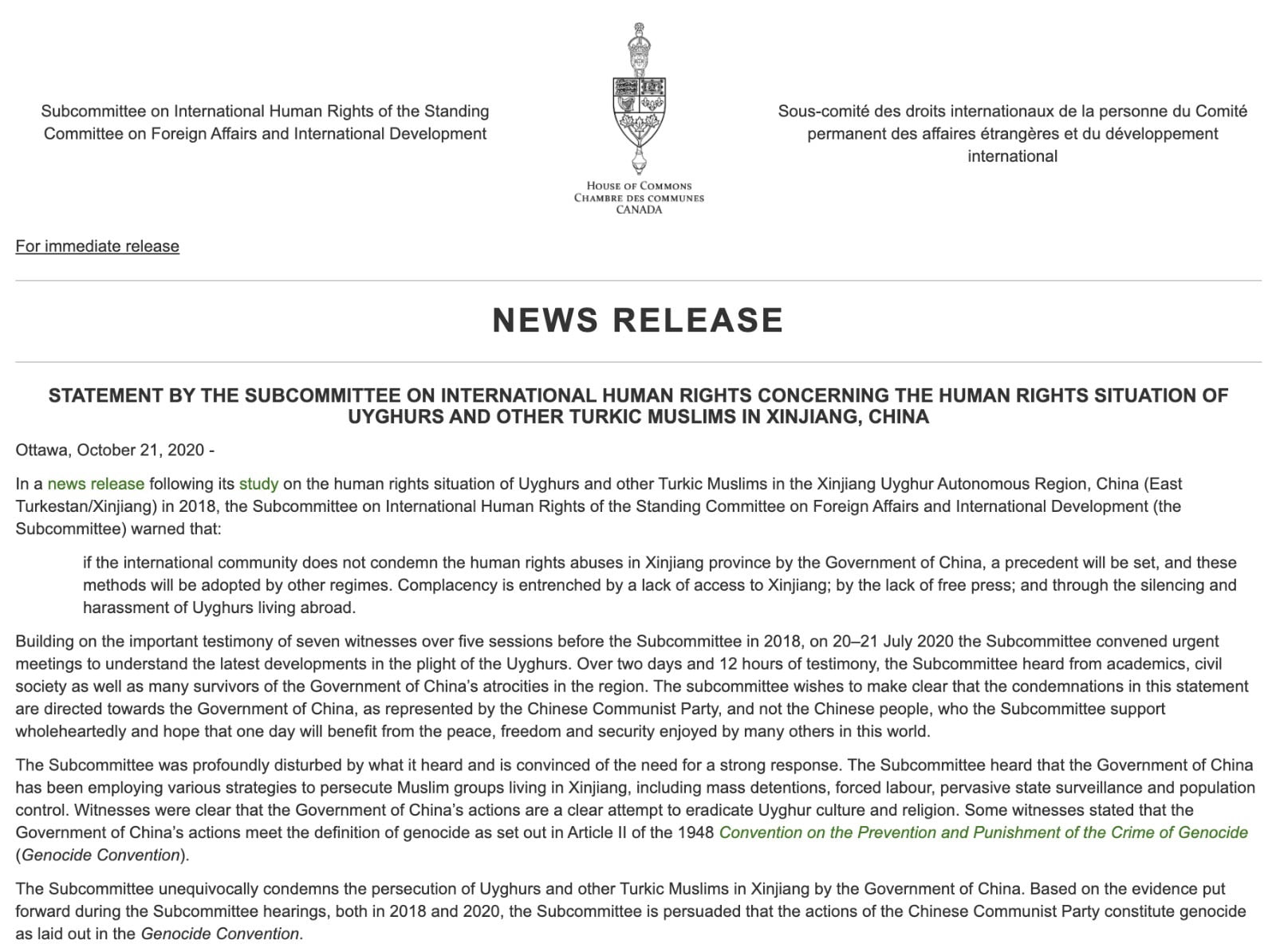 Campaign for Uyghurs welcomes with gratitude the statement by the Canadian House of Commons Subcommittee on International Human Rights, which declared that “..the subcommittee is persuaded that the actions of the Chinese Communist Party constitute genocide as laid out in the Genocide Convention.”

As an organization, CFU has long been committed to calling what is happening to the Uyghurs a genocide, and to using the platform of advocacy to draw the attention of the world towards the truth. CFU Executive Director Rushan Abbas stated: “It is grimly satisfying to see these crimes against humanity labeled for what they are specific to the suffering Uyghurs: genocide. This label must carry forth to result in consequences for those responsible.”

Ending these horrors that, as affirmed by the statement of the Subcommittee, will have continuing consequences, should be the top priority for Canada, for the United States, and indeed for every nation. As the statement reads, “if the international community does not condemn the human rights abuses in Xinjiang province by the Government of China, a precedent will be set, and these methods will be adopted by other regimes.”

The bold adherence to the responsibility of the international community towards preventing mass atrocities has been much needed, and CFU sincerely hopes to see swift enactment of the Subcommittee recommendations by the Canadian government. CFU remains committed to seeing action from other global government bodies and hopes that the United States Congress and administration will prioritize making a determination of genocide.