We are extremely concerned that the Chinese authorities may imminently execute the jailed former president of Xinjiang University Dr. Tashpolat Teyip, according to a statement by the Amnesty International issued on Sep 9. 2019.

The Chinese Government started a vicious campaign in early 2017 to destroy the ethnic, cultural and religious identities of Uyghurs and other native population of East Turkistan, officially known as Xinjiang Uyghur Autonomous Region of China. Prominent Uyghur intellectuals, academics, artists, and cultural and religious figures have become the primary targets in the first wave of the campaign described by witnesses as being worse than the notorious Cultural Revolution which terrorized people by targeting them arbitrarily. Dr. Teyip vanished in 2017 along with dozens of other prominent Uyghurs.  According to his relatives, the authorities refused to let them meet with Dr. Teyip or tell them the charges and proceedings against him or his whereabouts. What became clear later that year was vast networks of concentration camps were built by the communist government and hundreds of thousands of people were locked up in them. That number has now risen to estimated 2-3 million, which amounts to 20-30% of the total population, making it one of the worst human rights crises in the world since the World War II.

In 2018, reports emerged that students and teachers at Dr. Teyip’s university had been shown a police documentary film, which revealed that Dr. Teyip had been charged with separatism and sentenced to a suspended death sentence along with five other members of the Xinjiang Education Supervision Bureau.

China routinely uses the bogus “separatism” charge to get rid of Uyghurs they do not like. Like in all cases involves the separatism charge, Dr. Teyip had not been accorded due process and been convicted in secret and grossly unfair proceedings. There should be no place for this kind of grossly unjust practices in the 21st century.

We appeal to the international community to intervene and stop his execution. We call governments, the press, organizations and individuals to apply pressure on China by speaking out against this gross injustice. Dr. Teyip’s case is just one example of a genocide currently happening in East Turkistan. The world has an obligation to hold an aspiring superpower accountable for its abusive actions, otherwise it will embolden China to continue its genocidal rampage in East Turkistan where the lives of the 15 million Uyghur and other endogenous peoples are in danger and even export its terror to its neighbors and beyond in the not so distant future.

We urge the Chinese Government to stop the execution and release him unconditionally immediately, because he has not committed a crime. His only crime is being an accomplished Uyghur academic, a backbone of the Uyghur society. 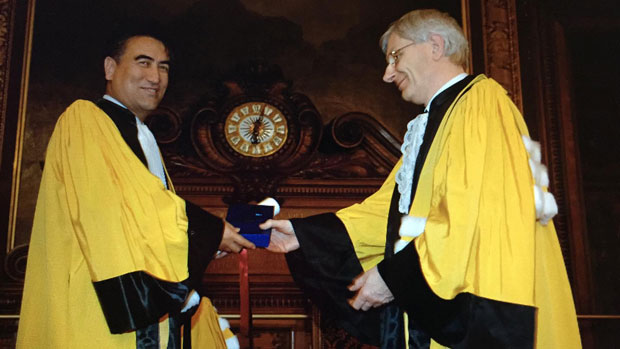