Washington, DC – Ms. Rushan Abbas, Director and Founder of the Campaign for Uyghurs, today testified before the Senate Foreign Relations Committee about the detention of over one million Uyghurs in Chinese Re-Education Camps in East Turkestan.

Said Ms. Abbas: “Since early 2017, the Chinese government has conducted a policy of mass disappearance, internment, and imprisonment of Uyghur people. Experts have estimated the number of Uyghurs interned in the concentration camps at between 800,000 to 1.5 million, in addition to approximately 1.5 million imprisoned formally, making this campaign targeting an ethnic minority – in this case, Uyghurs and ethnic Kazakhs – the most extensive since the Second World War.”

Ms. Abbas’s and that of other Uyghur’s activism in support of human rights is not without severe consequence. On Sept. 11, 2018, after Ms. Abbas spoke at a major event at a Washington Think Tank, her sister, Dr. Gulshan Abbas, and her aunt were abducted and detained in Xinjiang’s Orwellian political re-education camps. Since then, Ms. Abbas had no contact or information regarding her family members.

Among other, Ms. Abbas called in her testimony on the U.S. government to immediately pass the “Uyghur Human Rights Policy Act” introduced by Senator Marco Rubio (R-FL) and Senator Bob Menendez (D-NJ) and to impose sanctions against responsible Chinese officials under Global Magnitsky Act authorities (Pub.L. 112–208). Ms. Abbas further demanded that the Federal Bureau of Investigation (FBI) must act to protect Uyghur-Americans from the Chinese government “influence operations” here in America as they occur regularly. 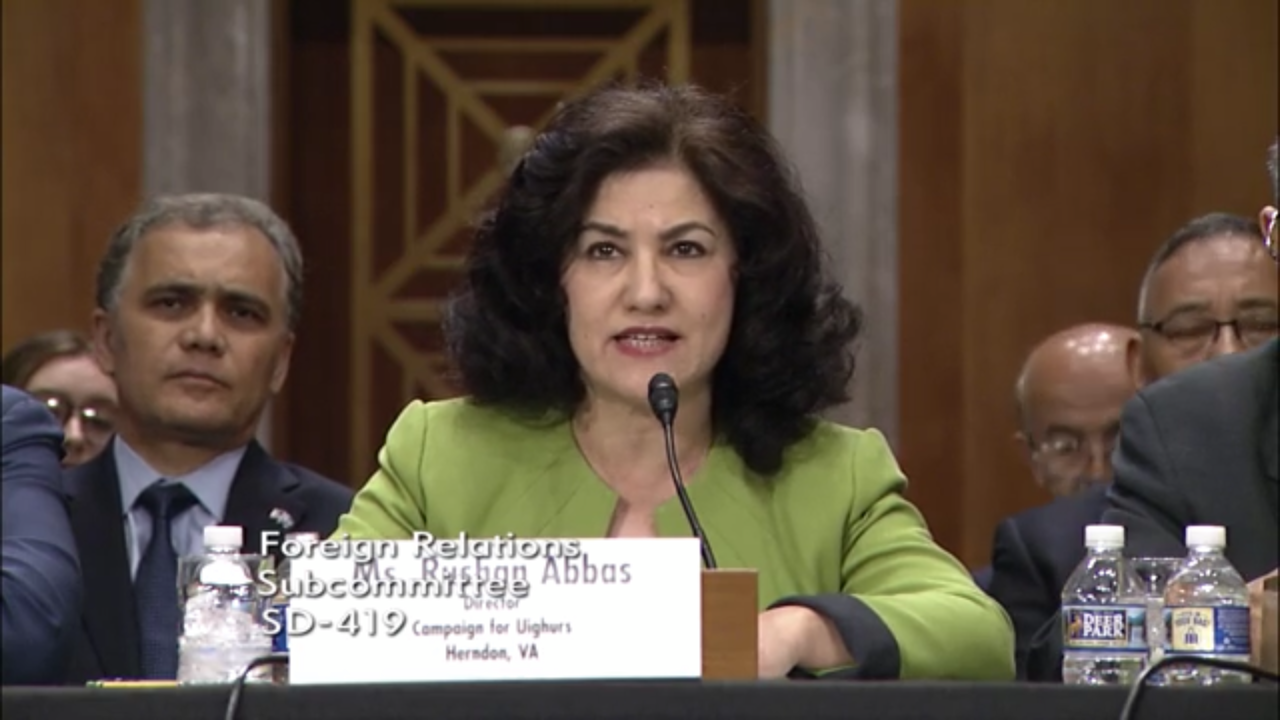